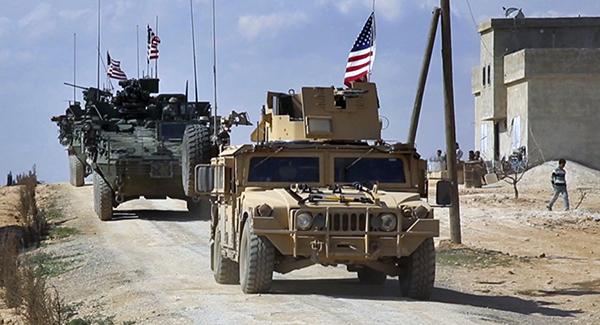 The fatal shooting of 17-year-old black teenager Antwon Rose by police has sparked protests in East Pittsburgh. An officer is said to have shot Rose, who was unarmed at the moment, three times to stop him from fleeing.

The fatal incident took place on Tuesday evening, when an officer pulled over a vehicle that matched the description of one involved in an earlier shooting, which left one man with gunshot wounds. The 22-year-old victim in that incident was admitted to hospital but was later released.

The Allegheny County Police Department said that it “received multiple calls reporting that shots were fired and that a male had been shot in the 800 block of Kirkpatrick Avenue in North Braddock” at around 8:20 pm on Tuesday. Shortly afterward, an East Pittsburgh officer, who has not been identified, stopped what he believed was the suspect’s car with three people inside.

While he was apprehending the driver, Rose and the other passenger made a daring attempt to flee the scene, the police description of the incident said. The attempt, however, did not go well for Rose, as the officer did not hesitate to open fire, hitting him three times in the back.

Rose’s companion was far more lucky, managing to escape. A hunt for the man is still underway, with police urging him to turn himself in “so that he can give a comprehensive description” of how exactly the altercation unraveled.

The incident was filmed by a resident of a nearby house, and the footage since has gone viral. A woman, who can be heard screaming in the video, claimed that the officer did not try to chase the boys on foot or use a taser before resorting to lethal means.

“He just shot that boy for running,” witness Debra Jones told AP. She said that it seemed that the boy was already unresponsive when the officer was putting him in handcuffs. “I think that boy died right there on the side of my house,” she said.

Police reported that Rose was taken to a local hospital where he was subsequently pronounced dead. At a press conference on Wednesday, Coleman McDonough, the superintendent of the Allegheny County Police Department, said that while police had discovered two firearms in the car, Rose was not carrying any during the showdown.

The officer involved was placed on administrative leave until the end of the investigation, he added.

The incident has shaken the Pennsylvania community, with scores of young black activists flocking to the Pittsburgh police station on Wednesday to voice their outrage over what many believe was an abuse of power by law enforcement. Protesters were holding signs that read “End Police Violence Now,” while shouting “say his name.” The visibly agitated crowd of demonstrators then shut down Braddock Avenue and a small group staged an impromptu sit-in protest, disrupting traffic.

With tensions ramping up in East Pittsburgh and beyond in the wake of the incident, Pittsburgh Mayor Bill Peduto found himself in hot water after many denounced his awkward attempt to distance himself from the tragedy. Responding to the reports about the shooting on Twitter, Peduto was quick to point out that he wasn’t in Pittsburg at the time, and, in general, he should not bear any responsibility, as the incident occurred outside the city borders.

After drawing fierce backlash with his “insensitive” remark, Peduto made a U-turn, tweeting that he was “wrong” and “made a tragic event even worse.” In a follow-up statement, Peduto said that although the incident was not within the city’s official borders, “it impacts all of us in the Pittsburgh region, and particularly those in the African American community.”

“In my reactions to the incident I should have acknowledged that these shootings affect all of us, no matter where we live, and for that I am sorry,” the statement read.

While there are few details about the identity of the officer who shot Rose, Peduto later revealed that the policeman was sworn in on the same day the shooting took place. However, it was not his very first day on the job, Peduto clarified, saying that the officer previously served with other departments for seven years.