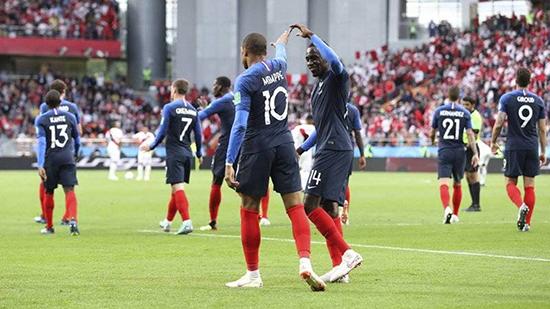 The teenage forward tapped in a ball headed toward goal in the 34th minute to give France a 1-0 victory over Peru on Thursday.

With two wins from two matches in Group C, France is through to the next round with a match to spare while Peru has been eliminated.

France coach Didier Deschamps made a pair of tactical adjustments after an underwhelming performance in the team’s opening win over Australia. He put Blaise Matuidi and Olivier Giroud in the starting lineup but kept his same 4-3-2-1 formation with Giroud out front.

Both used their speed and passing to expose gaps in Peru’s backline.