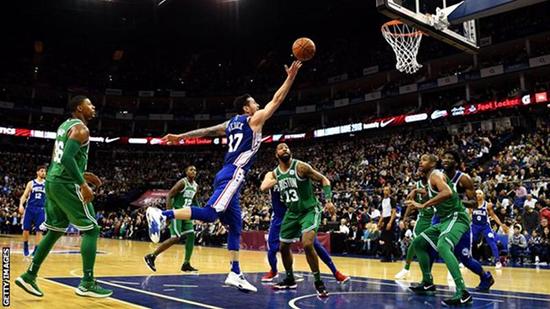 The New York Knicks will play the Washington Wizards in London as part of next season’s NBA Global Games series.

The Knicks last played in the UK in 2015 while the Wizards will make their London debut on Thursday, 17 January.

It will be the ninth regular-season NBA game to be played at London’s O2 Arena.

NBA commissioner Adam Silver said: “Over that time the games and the surrounding festivities have grown into the equivalent of an NBA All-Star experience transported to Europe.”

The Wizards reached the Eastern Conference play-offs last season but the Knicks missed out after finishing 11th.

The first regular-season games in London were held in 2011, with the New Jersey Nets beating the Toronto Raptors twice, while Boston Celtics beat the Philadelphia 76ers in last season’s event.

All eight previous games in London sold out and tickets for next season’s game will go on sale in the autumn.