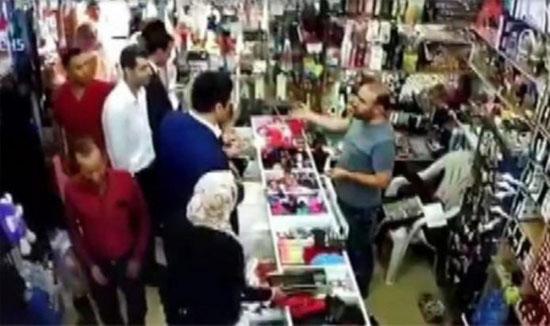 The cause of death of Esvet Şenyaşar, an official of the Democratic Regions Party (DBP) who was murdered last week in a Şanlıurfa province hospital, was seven wounds to vital organs inflicted by a sharp object or objects, according to a preliminary autopsy report.

Şenyaşar was allegedly murdered at Suruç City Hospital following a dispute between two of his sons and Justice and Development Party (AKP) deputy Halil İbrahim Yıldız on June 14.

The Şenyaşar family owns a drapery shop in Suruç, where Yıldız had visited several times with his campaign team in advance of upcoming elections on Sunday.

After an argument over voting choices, an armed fight broke out in front of the shop, leaving a Yıldız family member dead and Şenyaşar’s two sons hospitalized.

The Şenyaşar brothers along with their father Esvet Şenyaşar were killed by a group of 20 people, according to Şenyaşar’s wife Emine, who spoke with the Jinha news agency on Monday.

Esvet Şenyaşar also had received 23 minor wounds in addition to the seven wounds to vital organs.

Video footage from a camera inside the Şenyaşar shop was released today by the state-run Anadolu news agency and private Doğan news agency, showing the dispute between AKP deputy Yıldız and the Şenyaşar brothers.

According to a recent Peoples’ Democratic Party (HDP) report on the incidents, the first shot was fired by Yıldız’s bodyguards, while Ferit Şenyaşar, another son of Esvet Şenyaşar, opened fire on Yıldız and his guards, killing Mehmet Şah Yıldız, the AKP deputy’s brother.

Ferit Şenyaşar was arrested by a court after the incident, along with 18 DBP and HDP members.

President Recep Tayyip Erdoğan on Wednesday held a rally in Şanlıurfa, offering condolences to the Şenyaşar and Yıldız families, while he had previously accused the shopkeeper’s family of being terrorists.