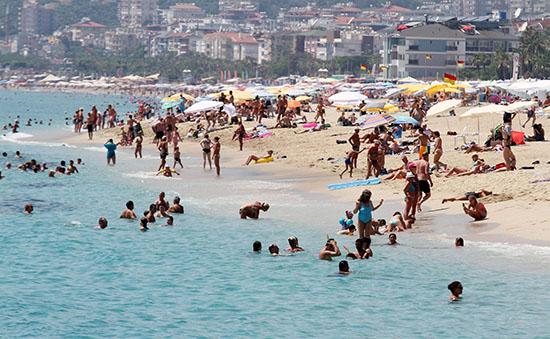 After having seen a decreasing demand from many Western and northern European markets, Turkey is back in fashion in summer season and has become the third most popular destination after Spain and Greece, Anglo-German travel and tourism company TUI has stated.

Italy and Cyprus continue to be in the top five, the TUI group said in a statement on June 20, noting that the preferred destinations are all in the Mediterranean.

TUI vacationers this year prefer to spend their summer holidays in Crete and the other top destinations are Majorca, Antalya, Rhodes and Larnaca in Cyprus, TUIsaid.

The most popular holiday regions of TUI holidaymakers from Germany are Majorca, Antalya, Crete, Rhodes and Kos. Greece is also very popular among Northern Europeans and Austria, according to the statement.

The British, Belgians and Dutch, on the other hand, mainly prefer Spain and the French want to spend their holidays in Greece and Italy, TUI said.