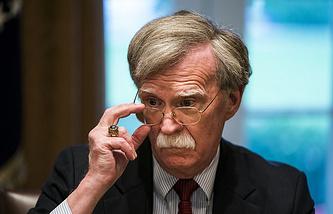 MOSCOW, June 21. /TASS/. US President Donald Trump has said he is considering a meeting with Russian President Vladimir Putin, Bloomberg reported on Thursday.

“We’re looking at the possibility,” Bloomberg cited Trump as saying at a meeting with governors.

It reports referring to sources familiar with the matter that Trump and Putin may meet in July.

According to the sources, there are two possibilities for the meeting – either before a NATO summit in Brussels that starts on July 11 or after the US president’s visit to the UK, scheduled for July 13.

Putin and Trump held a telephone conversation on March 20. According to the Kremlin press service, after the phone call the top Russian and US diplomats were directed to explore the issue. On June 4, Russian Presidential Aide Yuri Ushakov said no specific preparations for the summit were underway.

On June 10, the Russian president confirmed he was ready to meet with Trump as soon as Washington was ready for the summit.