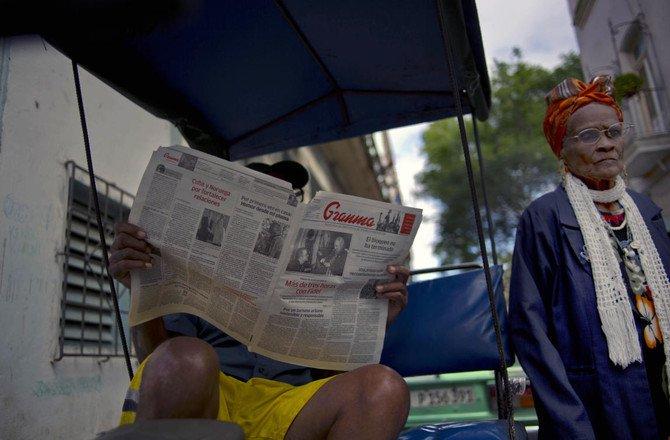 HAVANA: Reports in Cuba’s state-run press have long consisted mostly of transcriptions of official Communist Party declarations, but that turgid style appears to be incrementally changing in the wake of Miguel Diaz-Canel becoming president in April.
Cuban journalists said the Political Bureau of the Communist Party, one of the country’s most powerful bodies, recently approved a “New Communication Policy” aimed at giving state media more ability to report news like their colleagues do in other countries.
State journalists say the goal is to compete with the spread of information from alternative online sources. Cuba has one of the world’s lowest rates of Internet use, but access has been expanding rapidly and Cubans who get online can find a nearly unlimited range of non-official media outlets.