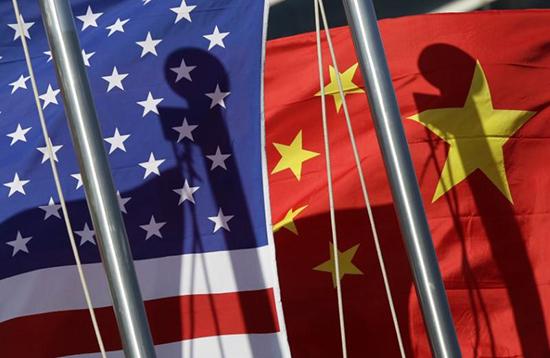 Is the US tilting toward a containment strategy against China? On the one hand, the US seems to be more motivated and active in containing China. On the other, China and the US are engaging in extensive and in-depth cooperation. The containment strategy by the US toward the Soviet Union can hardly be copied in Washington’s China policy of today.

But competition will become more prominent in Sino-US ties. Chinese society should adjust their mentality and meanwhile maintain strategic composure so as to better manage Sino-US ties, which will be more sophisticated and may see crisis in the future.

The US has the upper hand over China in technology, defense and international influence, and therefore the country will continue to have a strategic initiative over Beijing for the foreseeable future.

But meanwhile, various advantages of China’s fast development are being gradually realized. The country has unleashed its potential into a real power. China’s industrial and technological rise is strong enough to resist exterior containment, and the country’s defense deterrence outweighs incentives of aggression from the outside world. Beijing has sufficient fortitude to stand up to Washington’s strategic pressure and sustain its rise.

As long as China remains clear-minded in strategy, level-headed in its US policy, and avoids a full-fledged geopolitical competition or a strategic clash against the US, China will be able to withstand US pressure. In other words, China should focus on its domestic affairs.

Firstly, China should keep a positive momentum of economic development and ensure that the country’s economic growth exceeds that of the US both in quality and quantity.

Secondly, Chinese society should remain unified. Social unity will not only ensure the comprehensive and smooth operation of Chinese society, but also boost public confidence so that Chinese citizens have a positive outlook for the future.

We should believe that a modernized China has enormous potential. As long as China can effectively utilize its successful policies and experiences accumulated since the reform and opening up, and avoid subversive mistakes, the country will see robust momentum for development.

Some citizens feel the pressure from Washington’s tough China policy. This is partly because China has seen smooth development in the past few decades, and as a result, has become somewhat psychologically fragile. Trade war is currently the biggest source of dispute in Sino-US ties, but trade tensions, together with the Taiwan question and the South China Sea dispute, will not make big waves.

From human rights conditions to the Taiwan question, the US has sensationalized a variety of issues to harass China. Washington has abundant means and tools to provoke Beijing. China must amplify its scope and scale of tactics for effective competition with the US.

Whether the US is really attempting to contain China isn’t important. Even with US intent to contain China, it is difficult to form a comprehensive force. Focusing on domestic affairs is China’s best response to containment.