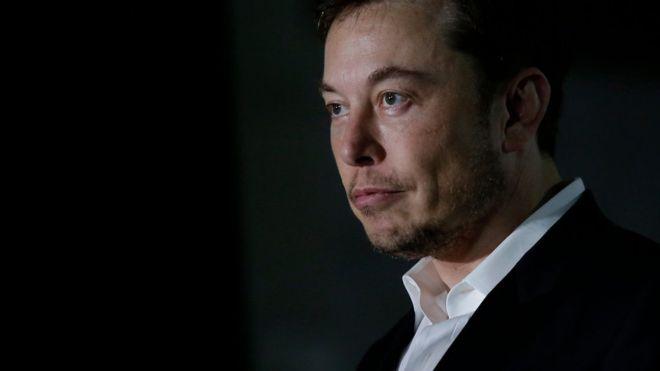 Tesla describes former employee Martin Tripp as a criminal, a man who hacked into Tesla’s systems in order steal information and sully the company’s reputation on safety.

Because of this, the company is suing him for $1m.

But Mr Tripp – Marty to his friends – says he’s a whisteblower being smeared for speaking out about standards and safety at the company, and deserves protection.

He says he was sharing details of what he claims is a huge amount of raw material waste at the company, and concerns about battery safety.

In documents filed to a Nevada district court on Wednesday, Tesla painted Mr Tripp as a disgruntled former employee, a man who had wanted a promotion from his job as a “process technician”, a role he had been in since October 2017.

He was based at the company’s enormous Gigafactory battery plant near Reno, Nevada.

“Tripp retaliated against Tesla by stealing confidential and trade secret information and disclosing it to third parties, and by making false statements intended to harm the company,” the court documents alleged, adding that Mr Tripp admitted some of the accusations when confronted.

‘Betraying your word of honour’

“You’re a horrible human being,” the head of Tesla Elon Musk wrote in a tense email exchange between himself and Mr Tripp, seen by BBC News.

The exchange had began with Mr Tripp saying: “You have what’s coming to you for the lies you have told to the public and investors.”

“Threatening me only makes it worse for you,” Mr Musk replied, later adding: “Betraying your word of honour, breaking the deal you had when Tesla gave you a job and framing your colleagues are wrong and some come with legal penalties. So it goes. Be well.”

Among the details Mr Tripp says he shared as a whistleblower – to a reporter at Business Insider – is an allegation that punctured batteries had made their way into Tesla’s cars. Tesla has strongly denied the claim.

The row took a bizarre twist late on Wednesday night when Tesla said it had received a credible threat – from a “friend of Mr Tripp” – that Mr Tripp was “coming to the Gigafactory to ‘shoot the place up’”.

The company said: “Police have been notified and actions are being taken to enhance security at the Gigafactory.”

Local police later said after several hours of investigation they found there to be no “credible threat”.

Mr Musk, as he often does, used Twitter to share his extended view on the lawsuit. He suggested, in response to a tweet from Ars Technica reporter Cyrus Favriar, that Mr Tripp may not be an isolated case.

Tesla would not say if it planned to launch more legal action against any current or former employees.

‘Horrible human being’ – the email exchange

Don’t worry, you have what’s coming to you for the lies you have told to the public and investors.

Threatening me only makes it worse for you

I never made a threat. I simply told you that you have what’s coming.

Thank you for this gift!!!!

You should ashamed of yourself for framing other people. You’re a horrible human being.

I NEVER ‘framed’ anyone else or even insinuated anyone else as being involved in my production of documents of your MILLIONS OF DOLLARS OF WASTE, Safety concerns, lying to investors/the WORLD.

Putting cars on the road with safety issues is being a horrible human being!

However, betraying your word of honour, breaking the deal you had when Tesla gave you a job and framing your colleagues are wrong and some come with legal penalties. So it goes. Be well.