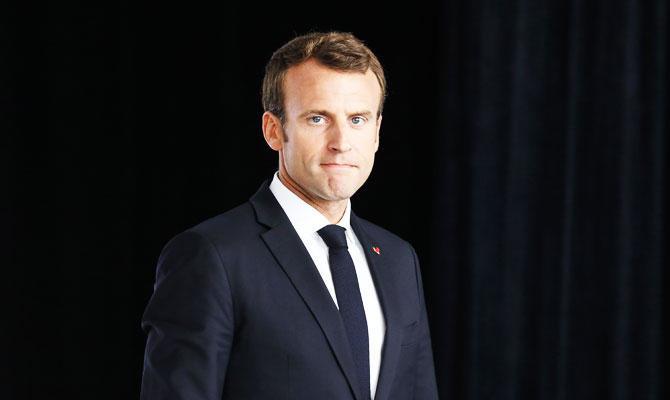 PARIS: French President Emmanuel Macron on Thursday likened rising nationalism and anti-migrant sentiment in Europe to “leprosy.”
On a visit to Brittany three days before a meeting of European leaders to try to resolve the continent’s migrant crisis, Macron urged the French not to give into anti-EU sentiment.
“I’m saying to you in the gravest terms: Many hate it (Europe) but they have hated it for a long time, and now you see them (nationalists) rise, like leprosy, all around Europe, in countries where we thought that they would never reappear.”
These included “friends and neighbors” who “say the worst things and we become used to it,” he added.
Macron did not say to whom he was referring but France and Italy traded barbs in the past 10 days over Rome’s refusal to take in a boatload of migrants rescued in the Mediterranean.
The 629 passengers onboard the Aquarius were also rejected by Malta before being taken in by Spain in a case which shone attention on mounting anti-migrant sentiment in Europe.
Italy’s new far-right Interior Minister Matteo Salvini, who refused to allow the Aquarius to dock, hit back at the French president.
“If Macron were to stop insulting and concretely practice the generosity that fills his mouth by welcoming the thousands of immigrants that Italy has in recent years, it would be better for everyone,” Salvini said in the town of Terni, according to the Italian press agency AGI, when questioned about friction with France.
“We may be leper populists,” he said, “but I take the lessons from those who open their own ports. Welcome thousands of migrants and then talk we can talk.”
An influx of more than two million refugees and migrants from the Middle East and Africa in the past three years has fueled the rise of nationalist and populist parties, including the League and Five Star Movement which share power in Italy.
Macron condemned “resurgent nationalism and closed borders, which some are pushing for” while repeating that Europe “cannot welcome everyone.”
The median position adopted by his government — stepping up deportations of so-called economic migrants while improving conditions for refugees — was “always the most difficult because no one is happy, but it is more responsible than playing on people’s fears,” he argued.
In remarks aimed at his leftist critics, he said that those who argued “we should welcome everyone” were turning a blind eye to the divisions in French society.
“I want France and its national cohesion to remain intact,” he said.