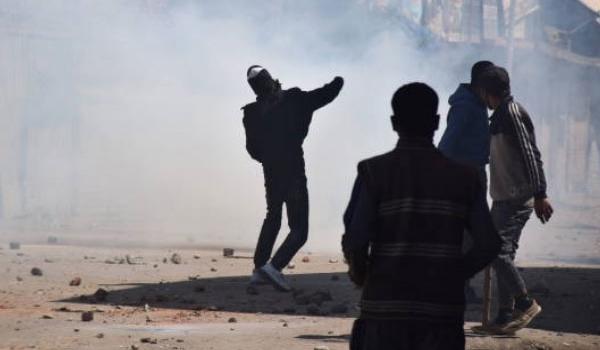 TEHRAN (FNA)- The residents of Afrin in Northern Aleppo staged protest rallies against the Turkish army and Ankara-backed militants’ crimes, including plundering of civilian properties.

Field sources in Northern Aleppo reported on Thursday that the popular uprising was triggered after a number of militants affiliated to the Turkish army killed a member of a family and wounded several others in a move to steal their properties and car.

During the protest rallies, the people of Afrin called on the Turkish army and Ankara-backed militants to leave the region.

Meantime, reports from the town of al-Bab in Northern Aleppo also said that the residents of the region are enfuriated over the Turkey-backed militants’ crimes, plundering and infighting, and plan to stage similar protests.

Local sources reported on Monday that a number of gunmen were killed or wounded in a fresh wave of tensions and infighting between two Ankara-backed militant groups in the town of Afrin in Northwestern Aleppo.

The sources said that the al-Shamiyeh Front engaged in fierce clashes with the militants of the Free Police, both affiliated to the Turkish army, in a Park in Afrin.

A wave of panic has covered residential areas in the town following the infighting, the sources added.