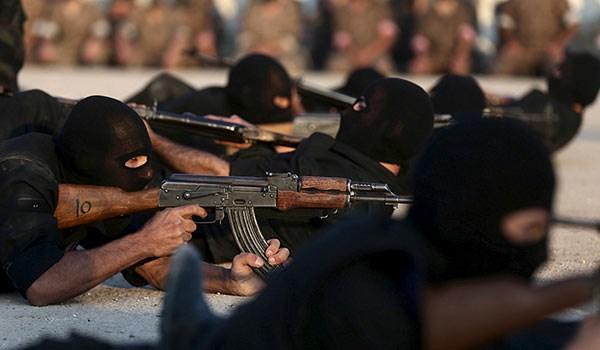 TEHRAN (FNA)- A prominent Russian military analyst revealed that the US is training terrorists in 19 military bases in Syria in pursuit of its military and political objectives in the country.

Vladimir Kozin, a military expert at Moscow State Institute of International Relations, was quoted by the Arabic website of RT as saying that the US has 19 bases in Syria to train the terrorists.

He added that the weapons, ammunition, fuel and foodstuff needed in these centers are provided by 22 US military bases outside Syria.

Kozin said that the American forces train the terrorists at al-Tanf base in Syria’s Badiyeh region in the South, adding that the US army has closed the airspace of this region in a radius of 50km without any agreement with the Damascus government.

He described Washington’s military and technical support for terrorist groups as a violation of the UN Charter and agreements to decrease tensions in Syria, and said the US supports the terrorists to maintain its influence on the political and military situation of the country.

Media sources reported last Saturday that the US occupying forces are attempting to open different ways to transfer terrorists between al-Tanf, Deir Ezzur and Homs by contacting the tribes in Eastern Syria for cooperation.

The Arabic website of Sputnik news agency quoted tribal sources in Eastern Syria as saying that the US forces transfer the ISIL terrorists from the desert region bordering Iraq to al-Tanf through al-Sukhneh in Homs.

Meantime, one of the prominent tribal leaders in Eastern Syria revealed that Mohannad al-Tala, a US proxy and commander of the so-called New Syrian Forces group in the US base in al-Tanf, has contacted the Syrian tribes, calling on them to open a passage for the terrorists to leave al-Tanf for Deir Ezzur to reach al-Omar oil field.

He added that the US forces fear uprisings by the people in Eastern Syria, noting that one of their goals to approach the tribes is to keep deployment in the region as Washington attempts to win the cooperation of the tribes in Manbij, Hasaka and Deir Ezzur have all failed.

Meantime, the US-backed Syrian Democratic Forces (SDF) has freed its militant inmates and sent them to the battlefield to attack al-Tanf-Sukhneh road in Homs and open a passageway and the Jordan road to al-Tanf.

The US forces had in the past 10 days been busy with transferring the ISIL terrorists with at least 10 armored trucks and heavy artillery to attack Albu Kamal from Abu Hameseh in Hasaka.