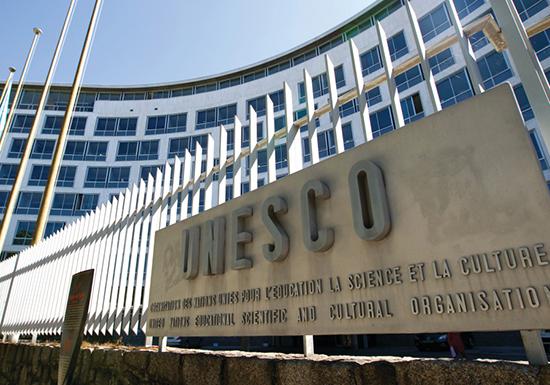 No sites in Israel or the Palestinian territories are slated for inclusion in the list of World Heritage Sites this year.

UNESCO’s World Heritage Committee is expected to defer any controversial issues regarding Jerusalem and Hebron when it holds its annual meeting in Bahrain from June 24 to July 4, according to Israel’s Ambassador Carmel Shama-Hacohen.

In past years, the committee, in a fashion similar to the UNESCO Executive Board, has also vote down resolutions disavowing Israeli sovereignty on Jerusalem. Last year the committee voted to ascribe Hebron’s Old Town, including the Tomb of the Patriarchs, to the Palestinian Authority.

But this year, an agreement has been reached by which the committee won’t approve any controversial texts regarding either city; any such texts will be deferred until next year’s annual meeting.

As a result of the agreement, Israel’s chief envoy to UNESCO Shama-Hacohen won’t travel to Bahrain. A low-level delegation will represent the country.

Top ambassadors from the US and the European Union will also not participate in the meetings.

“We have always been open to silent understandings and diplomacy,” Shama-Hacohen said.

The agreement regarding the UNESCO meeting in Bahrain, “is good for everyone, starting with the organization and including the host country and all the countries involved in the issue,” Shama-Hacohen said.

“The best way to make change on sensitive issues like the holy place in Jerusalem is through dialogue and understanding, just like the [dialogue] that took place this week when the Prime Minister [Benjamin Netanyahu] met with the Jordanian King [Abdullah] in Amman,” Shama-Hacohen said.

Both the United States and Israel are expected to withdraw from UNESCO at the end of this year to protest the organization’s anti-Israel bias, particularly with regard to its resolution on Jerusalem.

Past UNESCO Executive Board resolutions have ignored Jewish and Christian ties to the Temple Mount, referring to it solely by its Muslim name of al-Haram al-Sharif.

If the Bahrain understanding is implemented, Shama-Hacohen said, then a year will have passed with no controversial anti-Israel UNESCO votes.

No sites in Israel or the Palestinian territories are slated for inclusion this year.

Media reports of the Israeli delegation’s plans to travel to Bahrain helped spark rumors earlier this week of warming ties between the two countries, which do not currently have diplomatic relations.