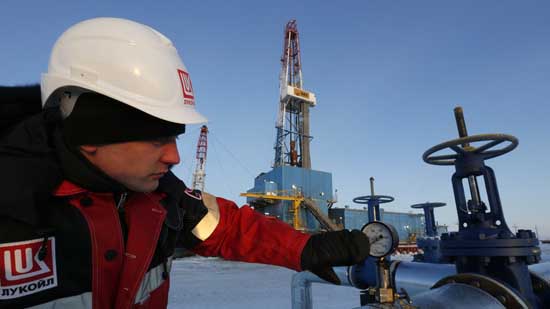 U.S. natural gas production will increase by 10 percent this year alone and by as much as 60 percent by 2037, a new report from IHS Markit has forecast. The market research company is extremely upbeat about U.S. gas because of the shale gas revolution, seeing the country becoming a leading LNG exporter thanks to this revolution as well.

Besides production, IHS analysts also raised their estimates of gas supply in the United States that is economical at prices below the US$4 per MMBtu Henry Hub benchmark price—from 900 trillion cubic feet in 2010 to 1,250 trillion cubic feet. Thanks to this consistent cost decline, IHS expects natural gas to come to account for almost half of power generation in the country by 2040, from about 42 percent today.

That’s good news for the power generation sector where coal and nuclear plants are being retired at a faster pace now that there is so much cheap gas around. Moody’s earlier this month estimated that growing gas production will make it possible to offset the loss of 35 GW of power generation capacity from plant retirements over the next five years. Sure, some renewable installation additions will help, too, but gas-fired plants will be the dominant alternative to coal and nuclear.

There might be a temporary problem with gas exports in the near term as a result of the tariff match between Washington and Beijing, though. Beijing threatened it would respond to the latest tariff round announced by Washington with the introduction of its own tariffs on U.S. petroleum, gas, and coal imports. Shale producers have warned that this will have negative consequences for all energy exports since China is one of the biggest export markets for the industry.

Natural gas is finding its way into the transport and logistics sector. Though not popular as a fuel for vehicles—at least compared with gasoline—gas is becoming attractive. Earlier this month, UPS said it will spend US$130 million on the acquisition of a fleet of 730 vehicles running on compressed natural gas and on building five CNG fueling stations.

The shale boom made natural gas abundant and cheap, and if IHS is right, it will only increase in abundance and decrease in cost in the future. While this may not be too good for producers’ bottom lines, it’s good for pretty much all other industries. We might see the gas age replace the oil age within our lifetimes.