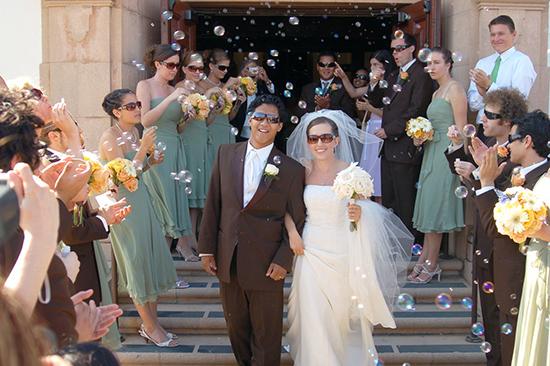 Every summer, thousands and thousands of couples tie the knot.

That decision has lasting effects on their health over time.

Researchers have identified a variety of trends that show how getting married changes people. There has historically been an idea that marriage is good for your physical and mental health, perhaps due to the idea that having a supportive partner can make a person healthier. But more recent research has revealed that the relationship between marriage, health, and well-being is more complicated, with both benefits and drawbacks.

Evidence suggests that married men and women have a lower risk for certain types of heart disease than their single counterparts, for example, but married people are also more likely to be overweight.

Of course, these observed trends don’t hold true for everyone. Every marriage is different, depending on the individuals involved, their relationship, their plans, lifestyles, and more — without even counting external factors. And there’s much less research on the effects of marriage on same-sex couples so far.

But with that in mind, here are some of the ways that marriage tends to affect partners physically and mentally.

Married people tend to have better overall health than other adults, even after controlling for age, sex, race, education, income, and other factors.

But married people — especially men — are more likely to be overweight and obese. Both men and women are less likely to get enough exercise after marriage.

Source: CDC, American Journal of Preventative Medicine,  Review of Economics of the Household

Married men are more likely to use preventative healthcare, however, getting physicals and recommended cancer screenings.

But risk for heart disease may be higher for divorced or widowed individuals.

Source: Journal of Marriage and Family

Source: Review of Economics of the Household

One recent study found that in the first year of marriage, men tended to become more conscientious, while women became less neurotic.

But these benefits and drawbacks shouldn’t be a reason to get married or not.

Over time, our understanding of how marriage affects people has changed and become more refined. Some researchers think the reason single people’s health appears to be better now than it used to when compared to married counterparts is that there’s less societal stigma around single lifestyles these days.

But even if marriage is associated with certain health benefits, that alone isn’t enough reason to partner up. Maintaining relationships has been shown to be a key part of lasting wellness, but there are many kinds of intimate partnerships.