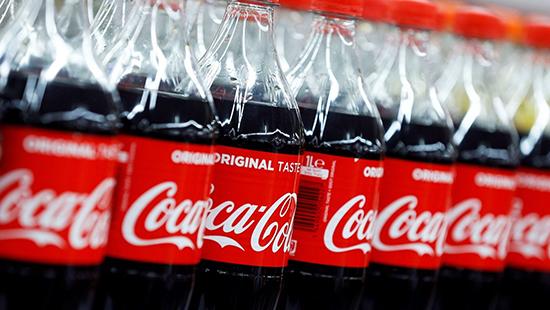 A CO2 shortage in the U.K. is threatening the supply of carbonated beverages, including Coca Cola.

The limited supply is due to an “unusually high number of closures” of the factories, which produce the gas as a byproduct of the fertilizer industry, according to The Telegraph.

There is currently only one carbon dioxide plant operating in the region, and at least five other producers across northern Europe are offline for maintenance.

“The U.K. is the worst hit country — only one of its plants is currently operational. The gas is difficult and expensive to import, meaning food and drink producers tend to depend on local suppliers,” The Telegraph reports in an article on the shortage, which is impacting not only the carbonated beverage industry, but poultry production, as well.

One of the plants in the U.K. that’s currently shut down is expected to reopen sometime this week, the outlet reports. But in the meantime, companies like Coca Cola are feeling the impact.

“We are currently responding to an industrywide issue that is impacting the supply of C02 in the U.K. Our focus is on limiting the effect this may have on the availability of our products,” a Coca-Cola European Partners Great Britain spokesperson told Fox News in a statement.

“During this time we temporarily paused some of our production lines for short periods, however there has been no disruption to supply to date and we are continuing to fulfil orders to our customers. We are working closely with our suppliers, partners and customers on a number of solutions as the situation develops,” the statement said.

However, others are claiming the shortage is in fact being felt by consumers of the popular soda.

“This contradicts what some suppliers have been telling their customers,” Rupert Evelyn, a reporter for ITV, wrote on Twitter.

Others backed up Evelyn’s claim. “I was in Bookers today and they were limiting purchases of fizzy drinks as a result of shortages,” a user by the name of Jo R tweeted.

The beer industry has taken a hit, as well.

A much as 82 percent of the beer consumed in the U.K. is also produced there and one CO2 supplier said it wouldn’t be until early July  (Reuters)

The British Beer and Pub Association (BBPA) represents both brewers and 20,000 pubs in the U.K.

Simmonds said 82 percent of the beer consumed in the U.K. is also produced there and one CO2 supplier told her it wouldn’t be until early July before it was able to get limited production back.

Michelle Gant is a writer and editor for Fox News Lifestyle.