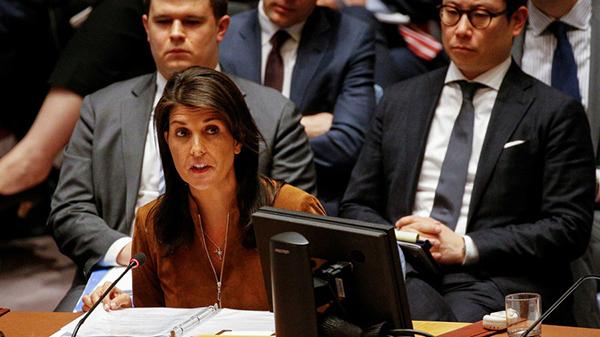 Heart wrenching developments have occurred at the U.S.-Mexico border. As migrants, who were crossing the border, were detained, children of a tender age were kept separately from their parents. The photos of these arrests caused a great debate. Following the broadcasts on TV channels, Trump signed an executive order to end the separation of families. Trump, who is indifferent to the printed press, is known for being a huge TV viewer. According to his close circles, Trump is deeply influenced by the praise and criticism about him on TV channels. It is said that these criticisms (in the form of enormous political pressure) were influential in the signing of the executive order.

New names were added to White House’s staffing crisis while Washington was shaken up by the issue of “immigrant children.” During Trump’s 17-month presidency, over a dozen notable members of the White House either resigned or were fired. Trump’s National Security Advisors Michael Flynn and Herbert Raymond McMaster, Chief of Staff (successor to the earlier role of being the President’s private secretary) Reine Priebus, Secretary of State Rex Tillerson, Secretary of Veteran Affairs David Shulkin, Secretary of Health and Human Services Tom Price and Senior Counselor to the President Steve Bannon are also among these names.

The “harmony” between Trump and the high-profile officials is a serious problem. Joe Hagin, deputy chief of staff, is the most recent name in the staffing crisis. Joseph W. Hagin, who served in important posts during the presidency of every Republican President since Ronald Reagan leaves his post in July. It is rumored that Hagin was uncomfortable with Trump’s governing style and tweeting habits, whereas Trump, for his part, did not like Hagin’s image that evokes the presidency of George W. Bush. Hagin was thinking about leaving his post before, but he delayed his decision due to the summit between Trump and North Korean leader Kim Jong-un.

After reports on Hagin leaving, it is being questioned how long Chief of Staff John Kelly will hold on. Kelly was one of the three generals -the others being former National Security Advisor McMaster and Secretary of Defense James Mattis- who were told that they could bring order to the Trump administration. This trio was referred to as the “axis of adults in the room” in the White House, which was described as “a day care center.” After McMaster’s departure and the appointment of the famous “Neocon” John Bolton as National Security Adviser and Mike Pompeo to the post of Secretary of State, it was interpreted that pretty hard times were on the horizon for Mattis and Kelly. Meanwhile, Trump’s White House Director of Legislative Affairs Marc Short tells colleagues that he’s leaving.

Another report of resignation that closely concerns Trump came from Michael Cohen. Cohen, President Trump’s longtime confidant and former personal attorney is among the most important figures in the “Russia Investigation” conducted by Robert Mueller, the head of the Special Counsel. Cohen, Trump’s longtime personal attorney, has resigned from the Republican National Committee’s (RNC) finance committee. The RNC did not make a clear statement about the reason for Cohen’s resignation. Steve Wynn had resigned from his position as finance chairman for the Republican National Committee amid controversy over sexual misconduct allegations in January 2018. The Republican Party, which prepared for the fall midterm elections, lost the most important donation collector after the resignation of billionaire casino mogul Steve Wynn.

In my previous column, we emphasized that Nikki Haley, the U.S. Ambassador to the United Nations (UN), acted like Israel’s second ambassador. Haley’s latest achievement was to declare that the United States was withdrawing from the “UN Human Rights Council”. In October 2017, the United States, pulled out of the “United Nations Educational, Scientific, and Cultural Organization (UNESUS