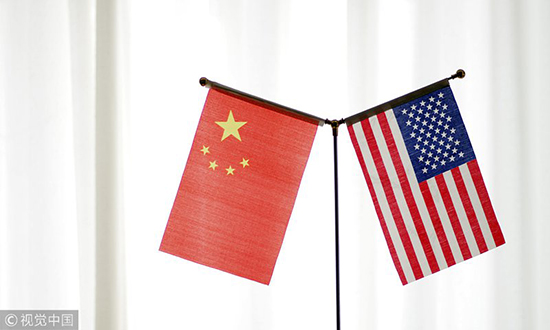 A keynote speech made by Liu Yadong, editor-in-chief of Science and Technology Daily, at a science communication salon last week has sparked heated discussions online. Liu highlighted the widening technological gap between China and western developed countries. He stressed that while some Chinese have been bragging about China’s technological achievements, the country is actually standing on the shoulders of giants.

Liu pointed out that China’s technological achievements had long been predated and its major technological projects conquered by other countries. The editor-in-chief criticized a penchant for boasting and exaggeration in China’s technological field and blamed the public for intensifying this trend. Liu’s speech immediately went viral online and has been widely supported. Many people praised Liu for his courage to speak the truth.

Liu’s speech is representative of a domestic introspection on China’s capability, triggered by the Sino-US trade war and Washington’s ban on China’s telecommunication giant ZTE. While netizens had been proud of China’s technological achievements, the internet has seethed with frustrated sentiments since the ban on ZTE. A technology insider criticizing the exaggeration of China’s technological achievements comes at just the right time.

Firstly, such a criticism is needed to remind Chinese to stay modest. This is beneficial to China’s rise and will help Chinese society remain down to earth.

Secondly, China should judge itself and the world with objectivity, which is not an easy job. Chinese society, including scholars, tends to be either conceited or self-abasing. From a political perspective, encouraging society to be more confident and advocating self-criticism has their respective benefits, and thus seeking truth from facts is a dynamic and sophisticated process.

Thirdly, two facts need be acknowledged regarding China’s technological development. On the one hand, China has indeed made rapid progress. This, together with the comprehensiveness of China’s industrial sectors and technological development, has made the West feel a sense of crisis. But on the other, there is a huge gap between China and the US, which requires generations of arduous efforts to overcome.

Fourthly, the above two aspects, that China’s technological achievements have been predated and Chinese are overconfident about the technological advancements, should be fully recognized. The widespread support Liu received reflects that Chinese society has a collective consciousness of intensifying introspection and staying modest.

Fifthly, certain professors have been harshly denounced for bragging about China’s economic, technological and comprehensive strength. This proves that boasting about China’s achievements, compared with exaggerating the country’s gap with the US, is more unaccepted in Chinese society.

Sixthly, voices that China will surpass the West and eventually pose a subversive threat are frequently heard in the US and Europe. This means the sense of crisis is stimulating and motivating society in different countries. International competition is, to some extent, sentimental.

Seventhly, in the era of change, anxieties and a lack of confidence are widely seen in the world, including China. Prudence is needed in boosting citizens’ confidence. Otherwise, negative effects may be exerted, be it domestically or abroad.

China is a super society with unbalanced development, and it’s hard to compare its technological development with that of the West’s. Keeping a positive attitude domestically and overcoming international barriers is perhaps the most important goal.