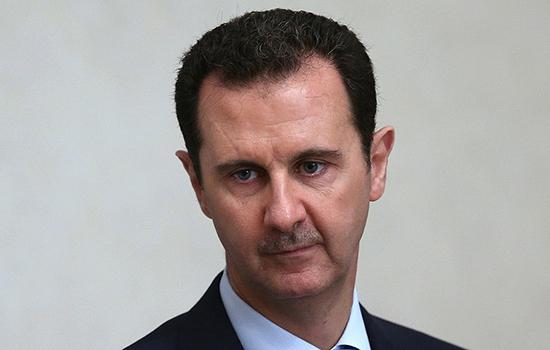 MAGADAN, June 24. /TASS/. Syria’s post-war reconstruction will be carried out by the country’s own efforts, Syrian President Bashar Assad said in an interview with Itogi Nedeli (Weekly Results) program on NTV Television Channel on Sunday.

“Despite that the war is underway now, we have enough means to restore the country, we are sure about that,” Assad said.

“[If] we have no money, we will borrow from our friends, the Syrians who live abroad, and from our treasury. We do not worry about that,” Assad stressed, noting that the reconstruction may take more time than expected.

There is no civil war in Syria, it is a war on mercenaries and terrorists, Assad stressed.

“There is no civil war in Syria because a civil war stems from interreligious, ethnic and other conflicts. We don’t have any in Syria. Wherever you go, including to the regions controlled by the government, you will see all the strata of Syria society living side by side peacefully. It is the real state of things,” he said.

“It is not the Syrian people who shoot at each other, it is mercenaries and terrorists,” he stressed.

According to the Syrian president, the conflict has only consolidated Syrian society. Diverse society has become much more consolidated than before the war. We have learnt the lesson,” he said. “We have consolidated society. We have no problems with consolidation. We can say that Syria is integral as long as its people is consolidated.”.

A constitutional reform in Syria depends solely on the choice of the Syrian people, Assad said.

“Any constitutional reform has nothing to do with the government. It is a matter of the Syrian people. If we want any changes, a nationwide referendum is needed. If people support a new constitution in a plebiscite, we will adopt it,” he said, adding that it would happen “not because the United Nations or a foreign state want it,” but only when the Syrian people takes this decision.

Syria’s current constitution was adopted in February 2012 to introduce a multiparty system. Bashar Assad, who scored 88% of the vote at Syria’s first multi-party elections in June 2014, took the first presidential office under the new constitution, although it was his third consecutive term. The United States and the European Union refused to recognize those elections as legitimate and democratic.