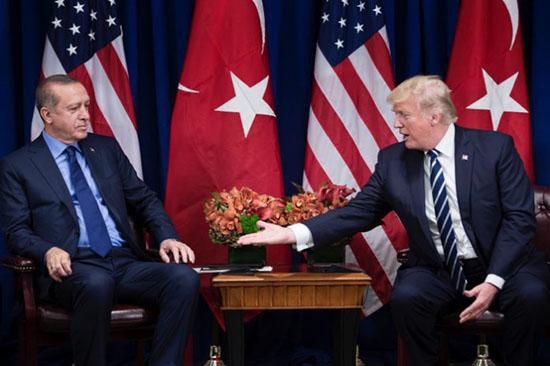 A US Senate subcommittee passed a spending bill on Thursday including a provision to block the transfer of Lockheed Martin F-35 Joint Strike Fighter jets to Turkey unless it drops a plan to buy an S-400 missile defense system from Russia, Reuters reported.

If it becomes law, the measure will block the transfer of F-35s to Turkey until the secretary of state certifies that Turkey is not purchasing and will not accept deliveries of the Russian system.

Relations between Ankara and Washington have been strained over a host of issues in recent months, including US policy in Syria and a number of legal cases against Turkish and US nationals in the two countries.

The amendment is the latest effort by members of Congress to influence NATO ally Turkey not to go ahead with its plan to buy the Russian system. A similar measure was included in a defense policy bill making its way through the legislature.

The move to buy the S-400s, which are incompatible with NATO systems, has unnerved NATO member countries, which are already wary of Moscow’s military presence in the Middle East.

“I support the transfer of F-35 advanced aircraft to Turkey, but not if they proceed with the acquisition of the Russian S-400 missile defense system – this move would jeopardize the national security of the United States and our other allies. Turkey’s acquisition of both systems would allow the Russians to more easily evaluate the capabilities of the F-35 and detect and exploit its vulnerabilities. That is unacceptable,” Democratic Senator Chris Van Hollen, who backed the amendment, said in a statement.

“This provision makes it clear that if Turkey ignores the concerns of its NATO allies and moves forward with this partnership with Putin, it will no longer receive F-35s.”

The Pentagon has not officially weighed in on the Senate moves to block the F-35 sales, but CNN reported that US Defense Secretary James Mattis opposes the measures and is working to have them dropped from the Senate’s defense and foreign-operations bills.

The spending bill is several steps from becoming law. It must still be approved by the Senate Committee on Appropriations, the full Senate and the House of Representatives, and signed by President Donald Trump.

The plane’s manufacturer, Lockheed Martin, announced the rollout of Turkey’s first two F-35s in an official ceremony in Fort Worth, Texas, on Thursday.

Turkish pilots were given access to the aircraft at the ceremony, but they will not be allowed to transport them to Turkey until they have been trained to fly them over a period of months that could last up to two years, US defense officials said.

The rollout ceremony in Texas was attended by company executives, Turkish defense officials and Pentagon officials.