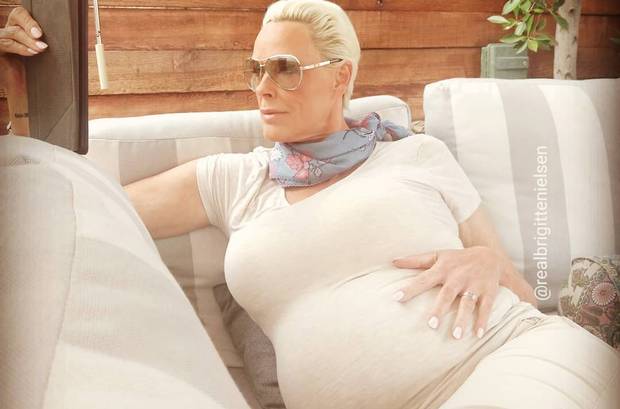 Brigitte Nielsen has given birth to her fifth child at the age of 54.

The Danish model-turned-actress and her husband Mattia Dessi “have never been so in love” after welcoming their baby girl into the world on Friday, whom they’ve named Fiona.

In a statement, the couple told People magazine: “We are overjoyed to welcome our beautiful daughter into our lives.

“It’s been a long road, and so worth it. We’ve never been more in love.”

The star announced her pregnancy news in two separate posts on Instagram last month, which showed off her burgeoning baby bump.

On one, she wrote: “family getting larger #me #family #brigittenielsen #babybump (sic)”

Whilst on the second she added: “happy time positive vibes #happyness #positivevibes (sic)”

The ‘Cobra’ actress caused a stir on social media with her pregnancy announcement, with many fans calling her an “inspiration” for having another child later in her life.

Responding to one fan, Brigitte wrote: “Nobody has the rights to lead your own decision unless you allow them to do so. You’re the only one in charge of yourself and your own happiness. Best of luck!”