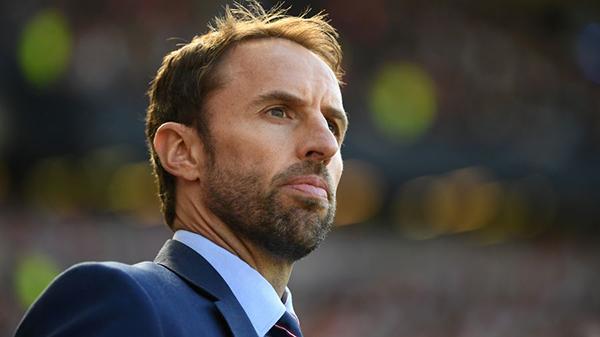 England manager Gareth Southgate said he “didn’t particularly like” his side’s performance despite beating Panama 6-1 to secure qualification to the knockout stages of the World Cup.

Harry Kane hit a hat-trick while John Stones (two) and Jesse Lingard also scored as Southgate’s side recorded their biggest win at a finals.

However, Southgate believes his side can play even better.

“I guess the bits in the middle were pretty good, but I am being hyper-critical,” Southgate added with a smile.

The win followed England’s 2-1 victory over Tunisia in their Group G opener on 18 June, with Kane heading home a late winner.

It means England have won their opening two group-stage games at a World Cup for only the third time, also doing so in 1982 and 2006.

“It’s strange because I enjoyed the win against Tunisia more – because of the tension and the fact you get over the line,” said Southgate.

“We probably at times played better the other day but today we were better in front of goal. I know how many people were watching at home on a Sunday afternoon and it’s great to give them something to cheer about.”

England play Belgium on Thursday to determine who will finish top of the standings and, despite not being pleased with some aspects of his side’s play against Panama, Southgate is happy his team appear to be growing into the tournament.

“Confidence-wise it was important we were able to score goals,” he said.

“We want to keep momentum, so we’ll have to think about the team we want to put out against Belgium.

“There’s an opportunity as well for players who need a match, but also we want to keep winning football matches. It’s a nice decision to make.”

‘We have to believe we can win World Cup’

Captain Kane, 24, became only the third England player to score three or more goals in a World Cup group stage, after Roger Hunt in 1966 and Gary Lineker in 1986.

The Tottenham striker is also the leading goalscorer in Russia with five goals – one more than Portugal’s Cristiano Ronaldo – and says England fans can be justified in believing they can land their first World Cup triumph since 1966.

“We’ve got to stick together, stick to our gameplan.”

Southgate believes Kane is the best player in his position at the World Cup, saying: “He’s up at the top (of the list of great players).

“What is great for me is the way he sacrifices himself for the team by holding the ball up and when he gets opportunities we know he will bury them.

“We wouldn’t swap him for anyone at the tournament in terms of number nines.”