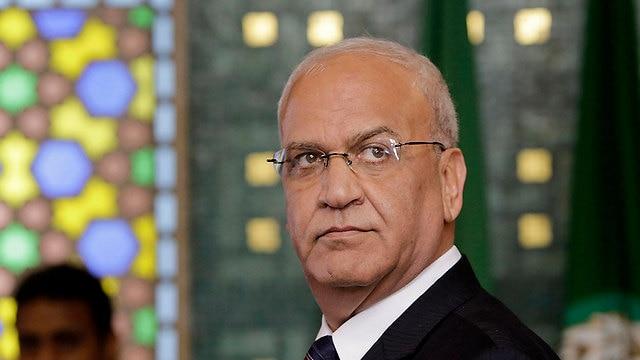 Senior White House adviser Jared Kushner has been accused by a top Palestinian official of offering to pay Arab governments funds previously directed to the United Nation Relief and Works Agency (UNRWA) in return for those governments serving the American agenda in the area.

Head of the Palestine Liberation Organization (PLO) Executive Committee Saeb Erekat made the claim during the annual conference of the Arab American University’s Policy and Conflict Resolution Studies Center.

“Our brothers in Jordan refused Kushner’s offer,” he declared.

Erekat discussed prospective negotiations with Israel in the face of what he described as the Trump administration’s bias. He said that if the peace process has come to mean considering the PLO a terrorist organization, cutting aid to Palestinian refugees, moving the US Embassy to Jerusalem, and declaring that the settlements were no longer illegal—then “the American administration managed to put me in a position as a negotiator where I have nothing to lose.”

Meanwhile, in an exclusive interview with Al-Quds newspaper published Sunday, Kushner nevertheless stated that Washington was willing to work with Palestinian Authority President Mahmoud Abbas—that is, if the PA chief was willing to engage.

He also disclosed that all of the Arab leaders with whom he and US Mideast negotiator Jason Greenblatt met during their five-country regional tour insisted on finding a solution to the conflict that protected Palestinian dignity and achieved a Palestinian state with east Jerusalem as its capital.

Kushner said that the plan would be ready “soon,” stating that while the American administration had almost completed it, he wasn’t sure whether Abbas had “the ability to, or is willing to, lean into finishing a deal.”

For his part, Erekat stressed that the PA “does not have an American partner—we’ve had 35 meetings in total with the Trump administration,” adding that the Palestinians had given the Americans every possible chance to establish a two-state solution based on international law.

“On May third (of 2017) we were at the White House. President Trump promised us that he would not take action and wait for a year to see which side was being an obstacle to peace.” But then, according to Erekat, the US administration fully adopted Israeli Prime Minister Benjamin Netanyahu’s positions.

“I… contacted the Americans and informed them that if they moved their embassy to Jerusalem, they would disqualify the US from any role in the peace process. Kushner responded to me (by) saying ‘don’t threaten us,” Erekat said.

In addition, Erekat affirmed that Israel was also not a “partner” in the peace process because, he claimed, premier Netanyahu did not believe in the two-state solution.

“He (Netanyahu) believes now that he can dictate what I term one state, two systems—apartheid.”

Erekat explained that the Israeli leader thought he could achieve this because of the current developments in the Arab world and the division between Abbas’ Fatah faction in the West Bank and the Hamas-ruled Gaza Strip.

“They (Israel) aim to kill the Palestinian national project and maintain the division in Palestine under any circumstances,” he opined.

Dalal Erekat, a senior adviser to Palestinian Prime Minister Rami Hamdallah and an instructor at the Arab American University, told The Media Line that the Palestinian people were living in a “very difficult political situation” and therefore it was crucial to connect politicians with academics and civil society groups in order to come up with potential solutions to the crisis.

When asked about not inviting Israeli officials or even individuals to present the Israeli narrative, she said that given the current impasse this would not be appropriate. “At this stage, Palestinians need to decide on an internal strategy by brainstorming—and then bring in the Israeli side.

“Change has to come within Palestinian society first,” she concluded.