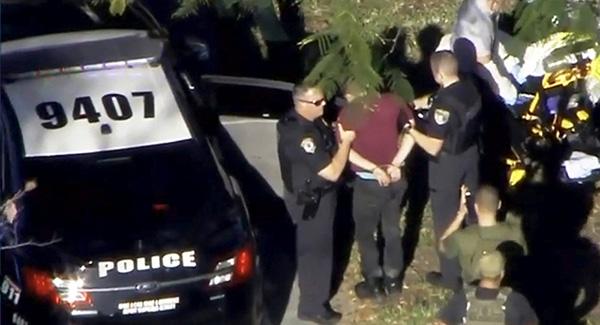 June 25, 2018 A father who was shot and killed in front of his 2- and 4-year-old daughters last week has been identified as a scientist from Irvine, California.

Los Angeles County Sheriff’s Lt. Rodney Moore told The Los Angeles Times that he believed the two girls were in the tent with their father when he was shot. “We are working this as a homicide at this point,” he told the newspaper. “We are gathering evidence . . . it will take some time.”

Beaudette worked for a pharmaceutical company and held a PhD in chemistry from University of California, Berkeley, according to his LinkedIn page. He and his wife, Erica, a doctor, were preparing to move their family to the Bay Area and take up new jobs.

“They were about to embark on a new chapter in their lives. And then it was all taken away, by a fatal gun shot in the middle of the night, in front of his two young daughters,” reads a GoFundMe page set up on behalf of the Beaudette family. At the time of publishing the page has raised $66,690. “Not a second goes by that we aren’t grappling with the senselessness of this crime.”

The campground was nearly full at the time of the shooting, according to CBS. Authorities have closed at least 60 campsites in the park until June 28 as sheriff’s detectives search for the shooter. Police have not revealed any suspects, motives or leads.