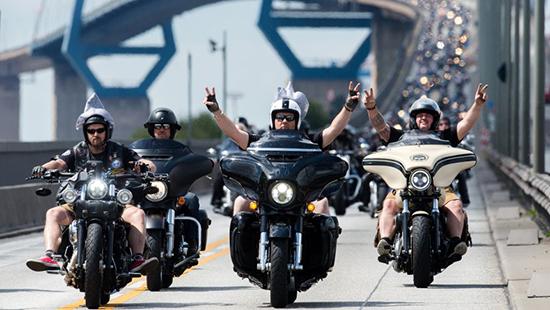 In an interview, former U.S. Treasury Secretary Larry Summers discusses the escalation of trade tensions between his country, China and Europe and the harm President Trump’s economic policies is likely to do to his own supporters.

DER SPIEGEL: Mr. Summers, United States President Donald Trump has announced the next round of tariffs on Chinese products totaling $200 billion if Beijing retaliates against earlier tariffs imposed by the U.S. Has this become a trade war?

Summers: The semantics are less important than the economic reality. We see a cycle of escalation. The nationalist and protectionist elements on both sides dominate. They demonstrate machismo and damage both economies. From a trade point of view, we are not shooting blanks anymore and nor are we engaging in maneuvers. It is now a conflict with real ammunition.

DER SPIEGEL: But isn’t Trump right? China still protects its markets with massive entry barriers for foreigners. The West has been complaining about this for years.

Summers: The president is certainly not right in the way he is doing it. There is not much in the historical records to suggest that these kinds of bluster and threats will be effective. It is an extraordinarily negative achievement of our economic diplomacy that we have our traditional allies being more sympathetic to China than to us because we are sanctioning them.

DER SPIEGEL: How do you think China will react to Trump’s statement?

Summers: China will be reluctant to establish a principle where the U.S. could succeed by making these kinds of extreme threats because that would encourage more of this behavior in the future. Remember: China once had a trade surplus of 8 to 10 percent of gross domestic product and brought it down below 2 percent because this is what the U.S. focused on.

DER SPIEGEL: China holds U.S. treasury bills, notes and bonds that are worth more than a trillion dollars. Is that a weapon Beijing will use for retaliatory measures?

Summers: Never say never. But taking steps that would drive the value of the dollar down would be enormously costly for the Chinese, given their large external position in dollar assets. The result would be perhaps a more competitive dollar relative to the euro, which many in the U.S. would see as an advantage. Therefore, I do not expect China to sell dollar assets as a source of leverage.

DER SPIEGEL: So, what can they threaten to do?

Summers: They have a very substantial scope to retaliate — not only on U.S. exports, but also on American businesses in China. If we continue on this path, the business environment will become much more difficult for U.S. companies in China. Inevitability, Chinese consumers and capital goods purchasers will be less enthusiastic about things that represent the U.S. It’s hard for me to see how that is in our interest.

DER SPIEGEL: Why isn’t there an open outcry within the U.S. business community?

Summers: Many corporations in America are appalled by some aspects of the administration’s policy. It is quite extraordinary for CEOs like Jamie Dimon of JPMorgan or Satya Nadella of Microsoft to speak out with respect to our migration policy. The president lacks a reservoir of credibility with major business leaders. President Trump’s business advisory council had to disband because of the resignation of CEOs. It is unprecedented. Business leaders fear that this blundering approach will lead to retaliation against them and favoritism by China toward its European and Japanese competitors. And no one is looking to have its input prices substantially increased as it will be done by steel and aluminum tariffs.

Summers: Of course, corporate America likes getting tax cuts. But what have they done so far? Corporations have announced commitments to increase the purchases of their own shares and dividends, while there were only some cosmetic payments of one-off bonuses. There is not much evidence so far in terms of large benefits flowing to the workers. And don’t forget, everything corporate America was enthusiastic about in terms of international policy — the Trans-Pacific Partnership (TPP), the North American Free Trade Agreement (NAFTA) and the Trans-Atlantic Trade and Investment Partnership (TTIP) — is in jeopardy or already gone.

DER SPIEGEL: Many proponents of free trade have left the White House. Mr. Trump’s new chief trade adviser, Peter Navarro, is an outspoken anti-globalist. What is your take on him?

Summers: I don’t think there is any economist who has any respect for the views Navarro has expressed on trade or about trade deficits. Treasury Secretary Steven Mnuchin has gone silent on trade issues because he knows there is nothing rational that can be said in defense of the choices that the president has made. But the real tragedy is something else.

Summers: The very people who voted for Trump will suffer because we will have a larger trade deficit, not a smaller one, because of the fiscal policies. We are going to have more disruption through reduced competitiveness and more layoffs because the manufacturing firms cannot compete due to higher steel prices. We will have lower purchasing power of wages because of higher prices due to Trump’s policies. The people that voted for him will find that his policy is directly opposed to their interests.

DER SPIEGEL: But the U.S. economy is booming — wages are up and unemployment is down.

Summers: It is certainly true in the short term, but is this policy sustainable? I don’t think so. In the last two years, there was a general strengthening of the global economy that applied also to the U.S. Our growth forecast has been revised upward less than the global forecast in recent years. I don’t see that there has been some development that is tied crucially to Trump’s policies. If you thought that the U.S. was leading the way, the dollar should be stronger, not weaker, since Trump came into office.

DER SPIEGEL: Why is the Democratic Party so anemic? There seems to be no leading figure on the horizon who stands a real chance of beating Trump in 2020.

Summers: It is still too early for the party to gather around a candidate. But this will happen. Only a few people would have predicted that Bill Clinton and Barack Obama would become the Democratic candidates two years prior to their respective elections. The Democrats have a range of attractive governors and senators and people outside of the political arena.

DER SPIEGEL: Let’s shift to Europe. The Continent is fragmenting politically, and nationalism is on the rise. Does this make it an easy game for Trump?

Summers: The authoritarian movements in certain countries and the rise of populism are profoundly troubling for those of us who were thrilled by the fall of the Berlin Wall and an ever more integrated Europe. All of that is in doubt now, given the politics of Brexit and what is happening in Germany and Italy.

Summers: I am broadly sympathetic to his project, but the devil is in the details. I wish he would encounter a little less political resistance in Germany and more constructive spirit on structural reforms among the Mediterranean countries, especially in Italy.

DER SPIEGEL: Is it possible the European Union will implode?

Summers: The route forward toward increased integration may not proceed rapidly and there surely will be hiccups and crises, but the EU will be intact. The whole question of immigration is extremely vexed. If the idea of more European integration is taken to be synonymous with very weak national border controls, it is not likely to be politically acceptable in many countries. In general, the prospect of the EU staying together looks better than it did a year ago. The lack of U.S. leadership raises the pressure on the Europeans to cooperate, and that keeps the union going.

DER SPIEGEL: How should the EU react if Trump moves to impose new tariffs on European products, especially on cars?

Summers: I expect them to choose export goods that are politically sensitive in the U.S. I am sure the Europeans are already working on that and won’t have problems finding them. But this again will take place on the backs of many of the workers.

DER SPIEGEL: At the recent G-7 summit in Canada, Trump surprisingly offered dropping all tariffs for the Europeans. Could that be a viable solution?

Summers: As an economist, I like everything that tends to reduce tariffs. But this idea is rather naive as it leaves aside other issues like quotas and regulation.

DER SPIEGEL: What is your forecast for the coming months? What will happen in terms of trade and the global economy?

Summers: I do not expect a substantial slowdown of the world economy, but some increases in tariffs beyond what we have put in place. But I would be surprised if we were in full-blown escalation because the consequences would be too great. At some point, there will be a turning back. For Trump, stepping back from his policy will take the form of finding a way to declare a victory. And if you are not constrained by facts, it is easier to find ways to declare a victory.