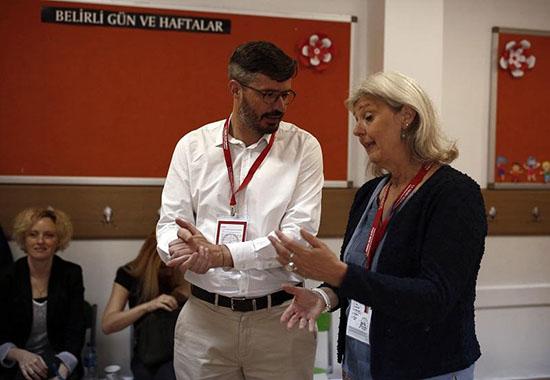 International observers of the Organization for Security and Cooperation in Europe, (OSCE) said voters in Turkey enjoyed a genuine choice in the country’s twin presidential and parliamentary elections, but criticized the “lack of equal conditions” during campaigning.

“Voters had a genuine choice in the June 24 early presidential and parliamentary elections but the conditions for campaigning were not equal. The incumbent president and ruling party enjoyed an undue advantage, including in excessive coverage by government-affiliated public and private media outlets,” the joint mission of the OSCE Office for Democratic Institutions and Human Rights (ODIHR) and the Parliamentary Assembly of the Council of Europe (PACE) said at a press conference on June 25.

Turnout in the election was around 87 percent.

The restrictive legal framework and powers granted under the ongoing state of emergency restricted the freedoms of assembly and expression, including in the media, said the observers. Nonetheless, citizens demonstrated their commitment to democracy by participating in large numbers in campaign rallies and on election day, the observers said.

“The restrictions we have seen on fundamental freedoms have had an impact on these elections. I hope that Turkey lifts these restrictions as soon as possible,” said Ignacio Sanchez Amor, special coordinator and leader of the short-term OSCE observer mission.

The mission found polling day procedures were “generally followed” but pointed to issues over counting and tabulation, during which “legally prescribed steps were often omitted.

Observers said voters had a genuine choice during what was a “vibrant” campaign in “a highly polarized political environment.”

The OSCE noted that there had been attacks and disruption, mainly against the Kurdish issue-focused Peoples’ Democratic Party (HDP), the İYİ (Good) Party and the Felicity Party.

The observers referred to President Recep Tayyip Erdoğan and the AKP’s “notable advantage,” saying it was reflected in “excessive” coverage by state and private media.

“A restrictive legal framework hinders media freedom and induces self-censorship, and the state of emergency has been used to further limit this freedom. Most popular broadcast media outlets are seen as affiliated with the government, something reflected in the campaign coverage,” the observers said.

Some of the amendments weakened important safeguards by replacing political party representatives with civil servants as chairpersons of the ballot box committees (BBCs), by allowing the relocation of polling stations on security grounds, by increasing the authority of law enforcement personnel at polling stations, and by ruling that ballots missing important safeguard stamps would still be valid, according to the observers.

At least 1,090 polling stations were moved and merged based on security considerations, which was seen by the opposition as a measure aiming to lower voter turnout in specific areas, they said.

Some 120,000 people in 16 provinces were influenced by this relocation, they stated. Their members faced security problems and the mission had difficulties mostly in Diyarbakır, Ankara and Istanbul, the delegation said, criticizing the government for preventing two of their members from performing their observation mission in Turkey.