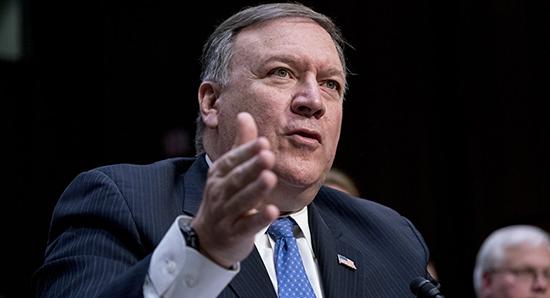 MOSCOW (Sputnik) – US Secretary of State Mike Pompeo believes that Washington should be “assertive but flexible” in its relations with Russia, and should try to identify spheres of common interest.

“There are many things about which we disagree. Our value sets are incredibly different, but there are also pockets where we find overlap. That’s the challenge for a secretary of state—to identify those places where you can work together, while protecting America against the worst pieces of those governments’ activities,” Pompeo told the Wall Street Journal in an interview.

Pompeo also noted that for more than ten years, US foreign policy has been focused on combating terrorism and, even more importantly, the struggle for power. In this regard, he called for particular attention to be paid to the United States’ emerging conflicts with Russia and China.

Late last week, Pompeo said that US President Donald Trump and Russian President Vladimir Putin might meet soon after the trip of US National Security Adviser John Bolton, who is expected to meet with Russian Foreign Minister Sergey Lavrov on Wednesday. Kremlin spokesman Dmitry Peskov said Saturday that he would confirm the meeting between Putin and Trump as soon as everything would be ready.