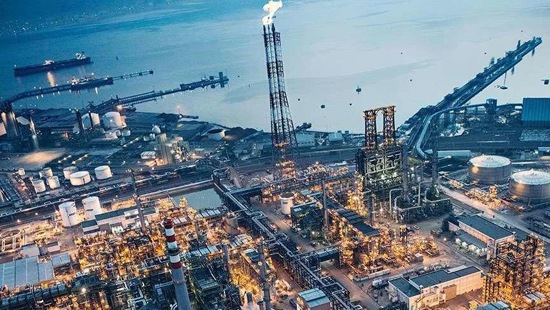 If our longer-term goal is to reduce the accumulation of carbon dioxide in the atmosphere (which produces climate change) — there are only four ways to do it. 1) Reduce or eliminate the use of fossil fuels. 2) Continue using fossil fuels but remove CO2 during or after the combustion process and store it as we would a toxic substance. 3) Plant vegetation that absorbs the carbon dioxide from the atmosphere. 4) Take it out of the atmosphere and either put it somewhere or make use of it.

(As an aside, we should point out one of the more ingenious uses of locally sourced CO2 of which many Oilprice readers are no doubt aware: to enhance oil recovery from fields long past their prime. “Flooding” the field with CO2 provides easier access for drillers.)

Geoengineering, as our fourth carbon reduction option is called, has, until recently, seemed both unpopular and impractically expensive. But if new numbers are even roughly accurate, Geo-E technology is back in the game.

First, though, consider the alternatives. Governments around the world have already begun programs to replace fossil fuels with renewable energy. Automobile manufacturers could reduce fossil fuel use by accelerating vehicle electrification. This would be a big plus for the environment — providing the car batteries weren’t recharged from electricity from coal fired power plants in Kentucky or West Virginia.

However, billions of people around the world, as they become more prosperous, want precisely those modern comforts most of us in the west presently enjoy: lighting, air conditioning, washing machines and refrigerators etc. And many of these countries possess significant, accessible coal resources used for electricity production. The political power of this demand for access to electricity (and related benefits) is enormous. These fossil fueled power plants could well be around for decades. The issue is how do we address decarbonizing electric generation and transportation on a global basis? No small issue.

Carbon removal and sequestration has proved expensive and contentious. One petroleum major is fighting with an Australian state over its long-delayed multi-billion-dollar sequestration project. An American utility sank (and lost) billions in another never-completed plant. These are proving to be large, high stakes engineering projects with uncertain financial futures.

Even the insurance and public policy issues are formidable. Who would insure the owner of a carbon “vault” that the stored carbon dioxide did not escape its tomb? This resembles the issues associated with nuclear waste burial, NIMBYism etc. except with a hard to control gas not a solid.

Then there is the ecologically-friendly approach which advocates planting trees or other carbon-absorbing crops. There are many obvious benefits from this relatively low-tech approach. But the actual impact is difficult to gauge without considering what happens around these projects: Is there an actual net reduction in carbon dioxide in the atmosphere? Or is reforestation and land use restrictions merely causing more forest removal in still unprotected areas?

Geoengineering requires extraction from a global resource, the atmosphere. The atmosphere is sort of like a global common, something we all share. But who determines how much comes out? What are the implications for food production? Who would do it? And who would pay for it?

Until recently, Geo-E’s economics were so bad that this discussion was strictly academic. But a Swiss firm, Climeworks, opened two facilities last year, one in Switzerland and one in Iceland. Climeworks says it can capture a metric ton of carbon dioxide for $600. Their claim is that their process at scale could reduce carbon capture costs to $100 per ton.

Another firm, Carbon Engineering, headed by a Harvard University researcher, has a pilot plant in British Columbia. Carbon Engineering believes that its process will produce carbon removal at a $92-232 per ton range. As a plus, this process can use the scrubbed CO2 to manufacture fuels which could be sold in high-priced markets such as California.

Meanwhile, researchers at the University of Toronto this year developed yet another CO2 removal approach: utilize renewable energy to electrochemically reduce carbon dioxide to useful hydrocarbons (ethylene and ethanol). The Toronto researchers have not yet put a price tag on their process. But this again demonstrates that carbon dioxide can be transformed into something else, not just dumped underground.

Admittedly, at present geoengineering costs for this removal exceeds the $40-$80 per ton the World Bank said should be charged for carbon dioxide emissions. And even these figures are far above the $10 or so paid in carbon trading markets last year. But the drop in cost estimates from $600 to $100 in a year should be seen as wake up call. Geoengineering may yet offer a serious route to decarbonization.