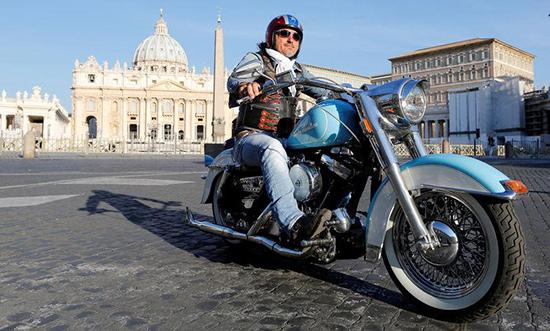 CHICAGO (Reuters) – From global manufacturers such as Harley-Davidson Inc (HOG.N) to small tech startups, companies are scrambling to rework supply chains built for an era of stable, open trade policy that is now under threat.

As U.S. President Donald Trump pushes to upend the status quo of global trade, companies that initially took a wait-and-see stance are starting to take action to shield their businesses from shifting trade policy.

On Monday, U.S. motorcycle maker Harley warned of higher costs because of retaliatory EU tariffs, and said it would shift production of bikes destined for the European Union out of the United States to factories it has built in India, Brazil and Thailand.

The decision of the Milwaukee, Wisconsin-based company, which Trump vowed to make great again when he took office, came less than a week after Mercedes-Benz maker Daimler AG (DAIGn.DE) cut its 2018 profit forecast, citing growing trade tensions. Its German rival BMW (BMWG.DE) said it was considering “possible strategic options” in view of the rising trade tensions between China and the United States.

Harley is the latest example of how companies are finding themselves in the crosshairs following “tit-for-tat” retaliations over Trump’s bid to rewrite global trade rules as part of his “America First” agenda.

Although it increased prices earlier this month, the second increase in four months, Steelcase said it expected profit margins to remain under pressure for another quarter or two.

U.S. President Donald Trump answers a question as he meets with Jordan’s King Abdullah in the Oval Office of the White House in Washington, U.S., June 25, 2018. REUTERS/Jonathan Ernst

“A manufacturer can no longer assume that the direction of trade policy is towards freer and freer trade over time,” Dustin Burke, a partner at the Boston Consulting Group, told Reuters last month.

Analysts at Morgan Stanley estimate that the U.S. tariffs along with the retaliatory duties imposed or under consideration by trade partners will affect 1 percent of global trade. But for some companies, that 1 percent covers a much larger share of their supply chain.

It is not clear how Washington’s trade dispute with China and other partners will be resolved, and that has many companies still reluctant to take actions that could take years to pay off.

“If you tell us what the rules are, we’ll determine the best way to position the capacity and to go about the investment,” said Michael Lamach, chief executive of heating and air-conditioning product maker Ingersoll-Rand Plc (IR.N). “What you need is certainty around the rules.”

The uncertainty has been a bonanza for supply chain consultants, who are helping clients assess potential replacements for Chinese and other non-U.S. suppliers.

Chicago-based Peter Guarraia, a partner at Bain & Co, last month covered three continents in just two weeks. After scouting for vendors in India and Thailand, Guarraia flew to Atlanta, Mexico and then to the UK to evaluate supply chains.

“We are all over the place,” he said late last month. “A lot of our clients are asking, ‘How do we turn our supply chains from a necessary evil into a competitive weapon?’”

Some businesses work with contracts anywhere from six to nine months in advance of delivery, while others have multi-year contracts with their suppliers. For some manufacturers like those of medical devices, changing suppliers is not possible without regulatory approval.

In some cases, companies have no option but to stay put as there are no alternatives to existing suppliers.

Take Varian Medical Systems Inc (VAR.N), which makes cancer-fighting radiation therapy systems. The Palo Alto, California-based company uses tungsten in one of its components. It imports the metal from China which has the bulk of global tungsten production. The United States does not have any domestic commercial production of primary tungsten, the company said.

HiberSense, a small startup that sells internet-connected home climate control systems, decided early this month to end its reliance on imports of thermostats from China and fast-track a plan to manufacture the devices in Pennsylvania.

“We don’t want to be subjected to these ebbs and flows of political environment,” Chief Revenue Officer Bob Fields said in an interview. “We would much rather be in control of what we are doing.”

It will take minimum of nine months and at least $200,000 in research and development before the two-year-old startup can begin production. Until then, Fields says the company will have no option but to pay an additional 25 percent tariff on the shipments of thermostats from China, and hope that its customers would accept the increased costs.

Fields said the tariffs would increase the average retail price of HiberSense systems to above $2,000 per unit from about $1,900 earlier.