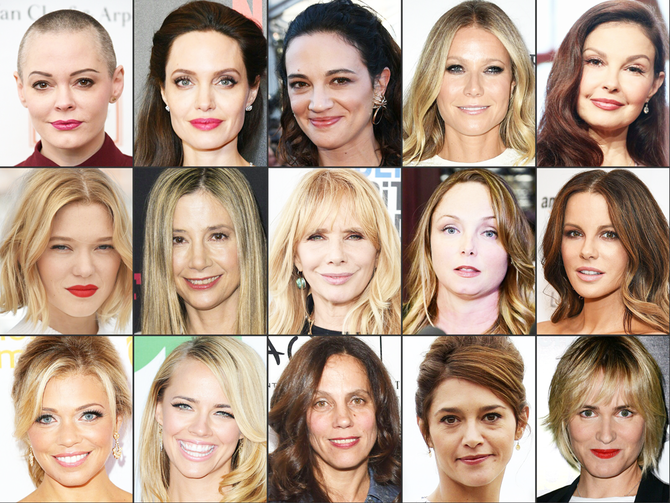 NEW YORK: The United States was named as the only Western nation among the 10 most dangerous countries for women on Tuesday in a survey of global experts, after the #MeToo campaign triggered a flood of complaints about sexual harassment and assault.
The Thomson Reuters Foundation survey asked about 550 experts in women’s issues which of the 193 United Nations member states they considered most dangerous on a range of issues, with India topping the list followed by Afghanistan and Syria.
The United States came 10th overall, but ranked joint third with Syria when respondents were asked where women most risked sexual violence, harassment and coercion into sex, and sixth regarding non-sexual violence such as domestic and mental abuse.
Experts, advocates and survivors said a rising awareness of assault against women pegged to the #Metoo movement, the country’s outsized role on the world stage and a tolerance of violence added to the perception of danger in the United States.
“I can understand why people would perceive us as being a country that is dangerous for women because we kind of are,” Abby Honold, a sexual assault survivor and activist in Minneapolis, told the Thomson Reuters Foundation.
Honold has been promoting legislation before the US Congress that would train police in improved ways to question sexual assault victims.
“We try to sell that we are a country of freedom and also of safety, but there are a lot of people in our country that are not safe, and victims of sex assault and domestic violence are certainly in that group,” she said.
The #MeToo campaign against sexual harassment went viral last October, with Hollywood producer Harvey Weinstein accused of sexual misconduct by more than 70 women dating back decades.
Weinstein this month pleaded not guilty to charges of rape and sexual assault.

#METOO
Hundreds of women have now publicly accused powerful men in business, government and entertainment of sexual misconduct, and thousands joined the #MeToo social media movement to share stories of sexual harassment or abuse.
“There now is a platform and national conversation, and more women and girls feel safe talking about the harassment and violence they’ve been subjected to,” said Jennifer Becker, senior staff attorney at Legal Momentum, a US-based non-profit that works on legal rights for women.
“The United States has visibility. That conversation is being viewed around the world.”
Cindy Southworth, executive vice president at the National Network to End Domestic Violence, said media coverage of the United States had built an image of violence against women, but questioned its accuracy.
“People watch the US,” she said. “They watch our elections. They watch our media coverage. They watch our celebrity violence against women cases.
“The perception is understandable, but not based on reality.”
Other countries are much more dangerous for women who face conflict and practices such as female genital mutilation or child marriage, according to the United Nations.
Rates of femicide are more extreme in Latin America, and 49 countries have no laws to protect women from domestic violence, according to UN Women.
But US statistics can paint a grim picture.
Almost one in five women have been raped, and more than one in three experienced rape, violence or stalking by an intimate partner, according to 2010 statistics by the US Centers for Disease Control and Prevention.
The Thomson Reuters Foundation’s poll involving 548 respondents was a repeat of a similar survey in 2011 that found Afghanistan, Democratic Republic of Congo, Pakistan, India, and Somalia were seen as the most dangerous countries for women.