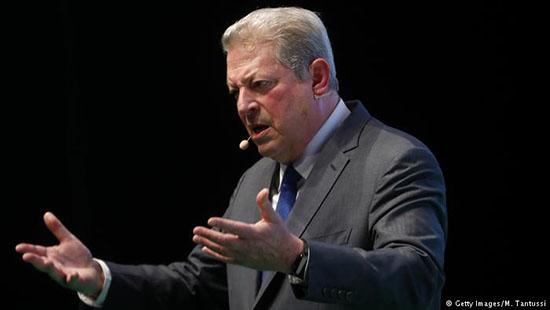 “If I were a citizen of Germany, I would be concerned about Germany being left behind,” the former US vice president has warned. His solution would see Germany phase out coal as a major source of electricity production.

Germany risks its position as a global leader in the fight against climate change if it fails to phase out coal-fired power plants, former US Vice President Al Gore has warned.

“To remain a global & regional leader in the transition to a sustainable future Germany must meet its 2030 emissions targets,” he wrote on Twitter on Tuesday. “Doing so requires phasing out coal & increased political pressure.”

Gore, who narrowly lost the 2000 presidential election and won an Oscar and a Nobel Peace Prize for his climate change documentary “An Inconvenient Truth,” made the comments during a “Climate Reality” meeting of activists in Berlin on Tuesday.

Germany being ‘left behind’

In an interview with Reuters news agency, Gore said the German government had failed to promote any significant reductions in German carbon dioxide emissions for four years.

“If I were a citizen of Germany, I would be concerned about Germany being left behind,” he said. “The leadership provided in years past created a reality that now no longer exists,” he added. “Other countries are moving much faster than Germany.”

Gore’s warnings came as a government-commissioned committee of representatives from industry, unions and environmental groups met in Berlin to start discussions on how and when Germany could phase out coal-fired energy.

Germany’s environmental efforts have stalled in recent years despite German Chancellor Angela Merkel’s popular image as a leader in the fight against climate change. In June, Merkel’s coalition government admitted that the country would not meet its 2020 emission targets.

Environmental activists and the Green Party partially blame the government’s reticence to phase out coal from its energy mix as one reason for the country’s poor climate record. Coal-fired power plants account for more than a third of Germany’s electricity production and are a major employer in the regions where they are located.

To coincide with the coal commission’s meeting, activists from Greenpeace poured more than 3,000 liters (800 gallons) of “environmentally friendly” yellow paint on the roundabout circling Berlin’s Victory Column as part of a call to replace coal with solar power.

Police said they were investigating the incident for presenting a “dangerous interference with traffic.”