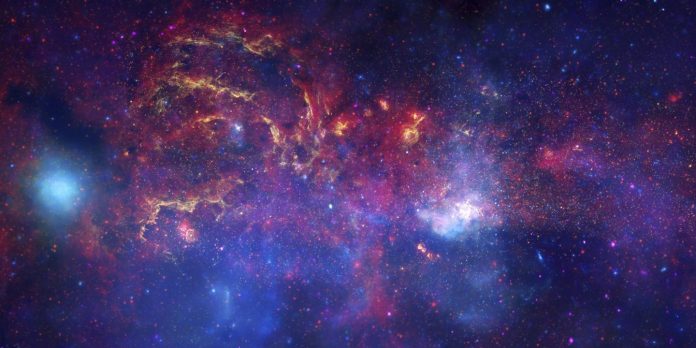 Say goodbye to ET, Marvin the Martian and Yoda. Humans are probably the only intelligent life in the universe, researchers from the University of Oxford have reported in a paper posted to academic preprint server arXiv.

The researchers found “a substantial probability that we are alone in our galaxy, and perhaps even in our observable universe (53–99.6 percent and 39–85 percent respectively).”

The team investigated the so-called “Fermi paradox,” which asks: “If intelligent alien life exists, why haven’t we heard from it?”

Numerous explanations to solve the problem have been offered by alien-hunters—including one of the study authors, Anders Sandberg, who previously suggested intelligent alien life might be snoozing as it waits for the universe to cool and energy to become more valuable.

The team showed such speculation might getting ahead of itself in the paper, which has been submitted to scientific journal Proceedings of the Royal Society of London A.

We may not have heard anything from aliens because they simply do not exist.

Researchers evaluated the famous Drake equation, which estimates how many detectable alien civilizations might exist in the Milky Way. Alien hunters can input various values—the number of planets in a star system that might be hospitable to life, for example—into the equation to produce a figure.

The team tightened up the equation by introducing chemical and genetic models and addressing some of the uncertainties implicit in the math. “When people discuss the equation it is not uncommon to hear them say something like: ‘this parameter is uncertain, but let’s make a guess and remember that it is a guess,’ finally reaching a result that they admit is based on guesses,” Sandberg told Universe Today.

The equation, however, pumps out a single number without accounting for all this guesswork. “This often leads to overconfidence,” Sandberg continued. “Worse, the Drake equation is very sensitive to bias: if you are hopeful a small nudge upwards in several uncertain estimates will give a hopeful result, and if you are a pessimist you can easily get a low result.”

By introducing a range of uncertainty, the team think they can clamp down on bias. “What we are not showing is that [the search for extraterrestrial life (SETI)] is pointless—quite the opposite!” Sandberg said. “There is a tremendous level of uncertainty to reduce.”

The paper doesn’t mean aliens don’t exist, or even that we won’t find them. Instead, it strengthens scientists’ confidence that we are probably the only intelligent species in the galaxy—and, by proxy, the universe.