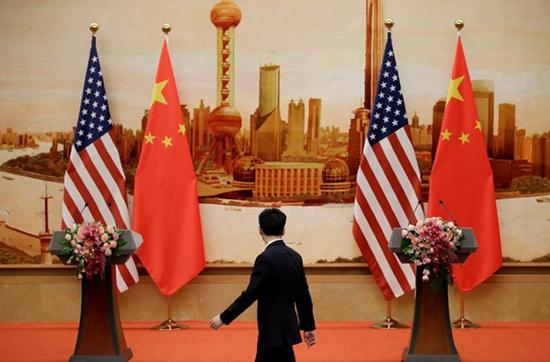 SHANGHAI/BEIJING (Reuters) – China should take “self-defense measures” against U.S. tariffs by offering subsidies to companies and industries that may suffer losses from trade frictions, the Chinese state-run tabloid Global Times said on Wednesday.

Chinese technology firms, in particular, could be treated unfairly and “become the victims of (U.S. President Donald) Trump’s trade war,” it said.

Washington is due to unveil restrictions on foreign investment in U.S. technology companies on Friday, and Trump said they would not just be confined to China.

China, which has pledged to further open up its market and economy this year, might additionally adjust its policies due to economic uncertainty arising from the trade friction, the Global Times said.

“China can offer export subsidies to Chinese companies under the WTO (World Trade Organisation) framework and provide policy support to them,” it said.

“High-tech industry is one key area where efforts should be made to protect Chinese companies from the attack launched by Trump.”

The tabloid’s stance does not necessarily reflect Chinese government policy.

China will assess the potential impact of the expected U.S. investment restrictions on Chinese companies, the commerce ministry said in a brief statement on Wednesday.

“We cannot rule out the possibility that China might fine-tune its opening-up policies as needed,” said the tabloid, which is run by the ruling Communist Party’s official People’s Daily.

A U.S. government official told Reuters on Sunday that the U.S. Treasury Department had been working on a proposal to ban acquisitions of U.S. firms with “industrially significant technology” by companies with at least 25 percent Chinese ownership.

“If China’s ZTE Corp and some other enterprises become the first to bear the brunt of Trump’s trade war, they will be also the first to receive support from the Chinese government,” said the Global Times article.

The mounting trade frictions between the world’s two largest economies prompted a sell-off in global stock markets, including China which entered bear territory.

Against the backdrop of rising trade tensions, U.S. Defense Secretary Jim Mattis is on an official visit to China where he is expected to meet with his Chinese counterpart and other top government officials possibly including President Xi Jinping.