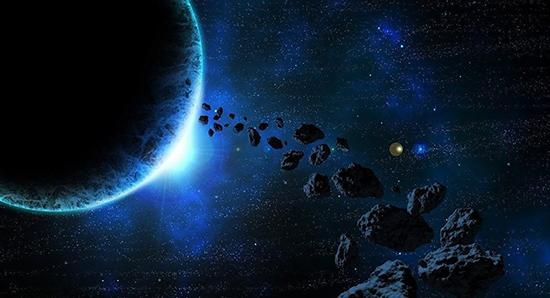 The asteroid known as 4 Vesta, which measures more than 326 miles in diameter is well-known for having the tallest mountains ever seen, with one giant standing at a mind blowing 13 miles high.

A giant asteroid is heading toward planet Earth and it is now so close that it can be seen by the human eye.

Amazingly the giant asteroid named 4 Vesta is four times bigger than United Kingdom and it can be seen from both the Earth’s hemispheres.

In an animated video released by NASA the space rock can be seen to have many craters which may have been caused by a large crash that occurred in the past.

From Earth 4 Vesta is visible as a dim yellow dot as it has come so close to our planet in 20 years.

​The space rock will be visible until July 16.

There are millions of asteroids in the solar system and most of them are usually found in the asteroid belt between Mars and Jupiter.