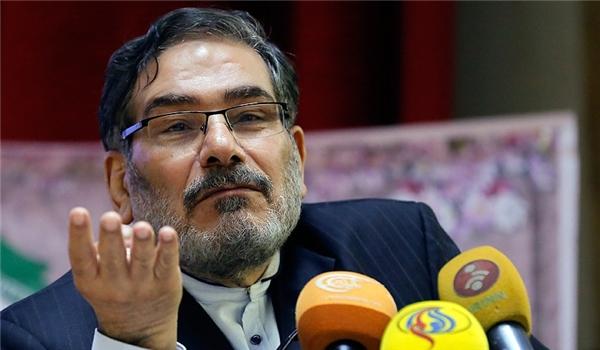 “Wahhabism was the ideological bed for Takfiri terrorism and the ISIL was created based on Wahhabism, a plot hatched by certain world powers and the role played by a number of ignorant and contending regional states,” Shamkhani said in a meeting with his Uzbek counterpart Viktor Makhmudov in Tehran on Tuesday.

He referred to the US attempts to misuse terrorism to its own benefits as well as regional concerns about the transfer of the ISIL terrorists to Afghanistan and Central Asia, and said, “The Islamic Republic of Iran is ready to share its bright and successful experiences in fighting terrorism with other regional countries.”

Makhmudov, for his part, underscored the extensive exchangeable capacities of the two countries in the economic, transit and energy fields as well as mutual security cooperation, and said, “The two countries’ constructive relations are not against any other country and they will not be affected by the third parties’ measures.”

In relevant remarks earlier this month, Iranian President Hassan Rouhani underlined his country’s willingness to cooperate with the Shanghai Cooperation Organization (SCO) to fight against terrorist groups and drug trafficking.

“Terrorism, separatism and extremism have in recent years affected different parts of the world, specially the regions around us, including the Central Asia and West Asia,” President Rouhani said, addressing the SCO summit in China.

“The Islamic Republic of Iran has faced with the ominous phenomenon of terrorism in the past decades in and around the country and has valuable experiences in controlling and weakening this stream and our cooperation with the Iraqi and Syrian governments against ISIL is an instance,” Rouhani said.

“The Islamic Republic of Iran is ready to render the necessary cooperation with the SCO in campaign against terrorism, extremism, separatism and drugs,” he underscored.