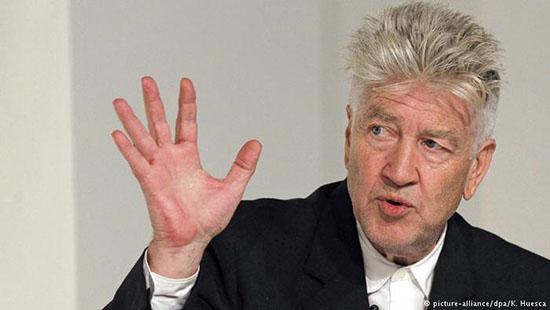 Lynch told The Guardian that Trump could go down as “one of the greatest presidents in history.” The president tweeted his approval; the director then clarified that the quote was taken “a bit out of context.”

After statements taken from an interview with The Guardian newspaper made David Lynch appear to endorse President Donald Trump, the renowned filmmaker clarified his position on Tuesday.

“This quote which has traveled around was taken a bit out of context and would need some explaining.”

“Unfortunately, if you continue as you have been, you will not have a chance to go down in history as a great president,” the Twin Peaks auteur wrote on Facebook.

“This would be very sad it seems for you — and for the country. You are causing suffering and division.”

Lynch also wrote that he wished to have a talk with Trump, and urged him to “turn the ship around… toward a bright future for all.”

“You can unite the country. Your soul will sing. Under great loving leadership, no one loses — everybody wins,” added the filmmaker, who is also famous for being a transcendental meditation practitioner for over 40 years.

“It’s something I hope you think about and take to heart. All you need to do is treat all the people as you would like to be treated.”

Effective at disrupting the ‘thing’

In the interview published in The Guardian on Saturday, the 72-year-old, four-time Oscar winner David Lynch said he couldn’t remember who he voted for in the 2016 presidential election but noted that he had voted for Bernie Sanders in the primaries.

Yet, the controversy came when the Eraserhead director said of Trump: “He could go down as one of the greatest presidents in history because he has disrupted the thing so much. No one is able to counter this guy in an intelligent way.”

In the article, the Guardian author Rory Carroll continues: “While Trump may not be doing a good job himself, Lynch thinks, he is opening up a space where other outsiders might. ‘Our so-called leaders can’t take the country forward, can’t get anything done. Like children, they are. Trump has shown all this.'”

Taken in totality, the filmmaker seems to suggest Trump has shaken up the establishment. Yet, the president and other media outlets were quick to frame the director’s comments as straightforward praise.

On Monday, President Trump tweeted his approval, linking to an article by the far-right news site Breitbart that mentioned Lynch as “one of the few Hollywood figures to openly express sympathy or admiration toward President Trump since his rise to the Oval Office.”

Shortly after tweeting, Trump quipped during a rally with supporters in South Carolina: “There goes his career in Hollywood.”

Lynch acquired cult status with underground films including Eraserhead in the 1970s and later works including Blue Velvet (1986) and Mulholland Drive (2001).

In perhaps the most eagerly anticipated television event of the year, Twin Peaks, Lynch’s famously surreal noir soap opera about murder in small-town America, returned last year — 26 years after the initial first seasons from the 1990s.

David Lynch, has once said he is “not a political person” and that politics were something he knew little about.

He has expressed contradicting political views in the past, showing for example admiration for former US President Ronald Reagan for carrying “a wind of old Hollywood, of a cowboy,” while stating that he had always been a Democrat — adding that he didn’t really like them that much because of their anti-smoking rules.

The cult director’s comments on Trump had people reacting on social media.

Twitter users have compared Trump to a character straight out of Lynch’s surreal films. Graphic novelist Michael Kupperman pointed out that the filmmaker probably sees “everything” in terms of narrative, which makes the disruptive US president an interesting character in storytelling terms.