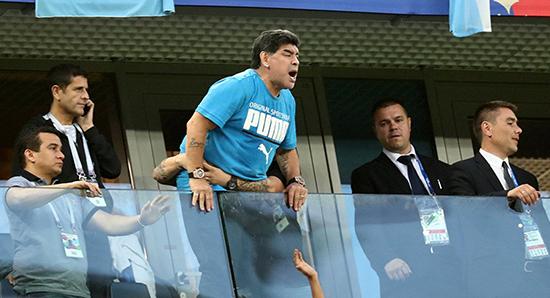 According to ESPN, Maradona collapsed after the final whistle and was taken away from the stadium. No further details on his condition are available at the moment.

Maradona was watching the game from the VIP sector of the Saint Petersburg Stadium and his expressive and high emotional state were filmed on camera on numerous occasions.

Argentina beat Nigeria 2-1 in their final Group D match and move to the knockout stage, where they will face Group C winners France in Kazan on Saturday.