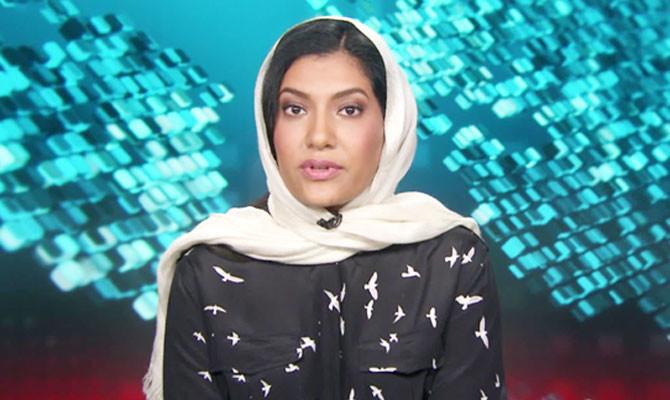 JEDDAH: Now that the ban on women driving in Saudi Arabia has been lifted, there will be no turning back as the Kingdom moves forward to a more inclusive future, Princess Reema bint Bandar said in an interview with CNN’s Christiane Amanpour.
“It’s a relief and now, honestly, the onus is on us to take the next step forward in the growth of the inclusion of women in our community,” the executive vice president of the General Sports Authority said in an interview that aired a day after the ban was lifted.
“I’m wonderfully excited. I’m excited for everybody that actually stayed up and got in the car at midnight to take this drive because the symbolism of that is that we’re taking control, but we’re taking control collectively,” the princess said. “This isn’t a singular activity, this isn’t an anomaly. This is our current state, and this is the future state. This isn’t something you go back from.”

Princess Reema credited the “monumental shifts” that have taken place in the past year since Mohammed bin Salman was appointed crown prince. “We went from a community saying no, do not participate in sports, to women entering the stadiums, to traveling the world with young female athletes and that’s just in my small sector.”
The princess said a “critical conversation” about the country’s guardianship law is already happening. “Everyone is having this conversation, the women in government are having the conversation. The timeline of this change is not what I’m in control of, but the dialogue and the narrative is there,” she said.
“I can tell you as a divorced mother of two, this is urgent…Is it going to happen today? I couldn’t tell you. Would I like to see it in the near future? Absolutely.”
Princess Reema was one of the first to retweet Arab News’ animated online illustration of a Saudi woman driving, titled “Start Your Engines,” by renowned artist Malika Favre.