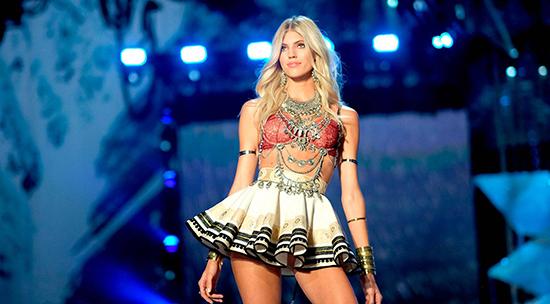 Model Devon Windsor is officially engaged after boyfriend Johnny Dex popped the question in a proposal that these days can only be described as ‘Instagram-worthy’ (“and what was it worthy of before Instagram?” you ask…)

The model, who is best known for walking the colourful catwalk for lingerie brand Victoria’s Secret said a big ‘yes’ to boyfriend Johnny when he asked her to marry him with a seriously extravagant setup.

Devon believed she was being flown to a photoshoot when she looked down at the private beach below her to see a huge ‘Marry Me’ written in the sand.

“When you think you’re flying into a photoshoot and then you look down and see this…. this was the best day of my life and I cannot wait to marry the best person in the whole universe!” she wrote on Instagram alongside a picture the beach. “I’m the luckiest woman in the world!”

In another photo Dex can be seen down on one knee before his barefoot bride-to-be. Devon captioned the image: “I’ll never finish falling in love with you…… ladies and gents, my fiancé…”

Devon’s sister later shared a photo of the bride-to-be’s stunning oval engagement ring, as she welcomed Johnny to the ‘best squad in the land’.