Turkey’s main opposition Republican People’s Party (CHP) chair Kemal Kılıçdaroğlu has faced multiple calls from inside the party to resign from the leadership after the June 24 elections.

Some 22.6 percent of voters opted for the CHP, according to initial results, while the main opposition’s presidential candidate Muharrem İnce attracted more than 30 percent of voters, surpassing his party’s performance in twin elections in which President Recep Tayyip Erdoğan was re-elected in the first round.

Kılıçdaroğlu defended on June 26 that the “only loser” of the elections was the ruling Justice and Development Party (AKP). “They lost seven points thanks to our party’s efforts,” Kılıçdaroğlu said in a press conference, vowing to keep a “strong opposition” in the new parliament to “demolish the rest of the wall” in the March 2019 local elections.

He also declined to congratulate Erdoğan. 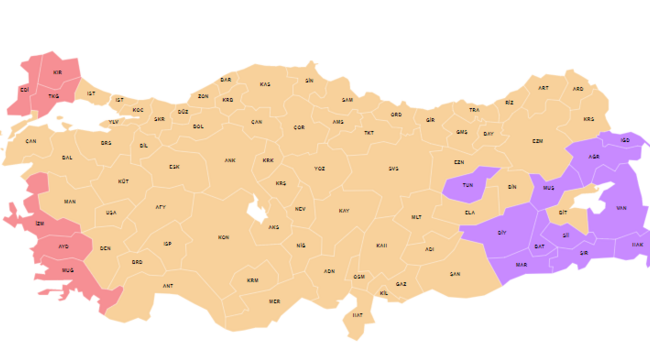 The CHP managed to win a parliamentary seat from the eastern province of Elazığ for the first time in 41 years, but the first statement of the newly-elected Elazığ MP Gürsel Erol was to call on Kılıçdaroğlu and his aides to resign.

“All members of the party administration, whatever title they have, are responsible for this defeat and I call on them to resign immediately,” Erol said in a tweet on June 25.

Former MP Erdem recalled that Kılıçdaroğlu has been the party chair “for the past 2,920 days and he lost nine elections,” while the party’s presidential candidate İnce “passed 30 percent of votes after working for just 50 days.”

Havutça also suggested that İnce, who was defeated by Kılıçdaroğlu in the CHP leadership race in February, now deserves to take helm at the party after his presidential election performance.

İnce refused to answer questions regarding the CHP’s future at a press conference on June 25, only mentioning that he would meet Kılıçdaroğlu to evaluate the results.

CHP deputy Tuncay Özkan, on the other hand, said in a statement that Kılıçdaroğlu would not resign.

“We have met for over three hours and planned the future. There is no plan to hold an extraordinary congress,” Özkan wrote.