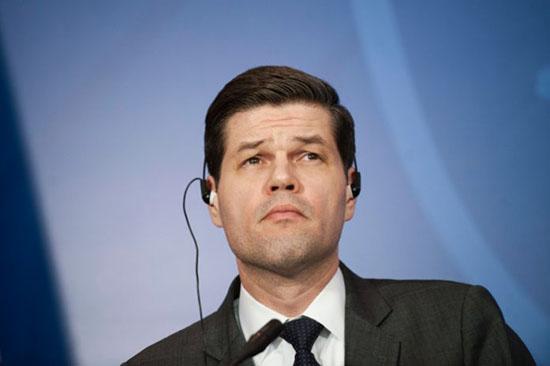 The United States is looking forward to working with Turkey’s newly re-elected president, Recep Tayyip Erdoğan, a State Department official said on Tuesday but emphasized that issues in the bilateral relationship need to be resolved.

Speaking at a Tuesday hearing held by the US Senate Subcommittee on Europe and Regional Cooperation, Assistant Secretary of State for European and Eurasian Affairs Wess Mitchell said Turkey was facing “profound” external and internal challenges.

“[Turkey] is a steadfast partner in Defeat-ISIS [Islamic State in Iraq and Syria] efforts and migration, and an indispensable component in counterbalancing Iran. We look forward to working with the newly re-elected President Erdoğan on these challenges while also making clear that issues in our bilateral relationship need to be resolved,” Mitchell said.

“Our immediate concerns are to secure the release of pastor Andrew Brunson and other unjustly detained US citizens and local embassy staff; to prevent Turkey’s purchase of the Russian S-400 system; and to develop a modus vivendi for our respective forces and local partners in stabilizing northern Syria and preventing ISIS’s return.”

Brunson, a Christian pastor who has lived in Turkey for 23 years, was indicted on charges of helping the faith-based Gülen movement, which Ankara accuses of masterminding a failed coup in 2016. He faces 35 years in prison if convicted on additional charges of espionage and terrorism.

Washington has called for Brunson’s release, while Erdoğan suggested last year his fate could be linked to that of US-based Muslim cleric Fethullah Gülen, whose extradition Ankara has repeatedly sought to face charges over the coup attempt. Gülen and the group he inspired strongly deny any involvement in the putsch.

The US also strongly objects to Turkey’s agreement with Russia to purchase S-400 surface-to-air missile batteries because the system cannot be integrated into NATO’s military architecture. There were also concerns that Russian involvement in operating the S-400s will allow Moscow to have access to the allied codes and information about NATO facilities on Turkish soil.

“We also encourage President Erdoğan to immediately implement his pledge to lift Turkey’s ongoing state of emergency and to take additional measures to represent the views of all of Turkey’s citizens and strengthen Turkey’s democracy,” Mitchell said.

The state of emergency was declared for three months on July 20, 2016 after the failed coup attempt. It has so far been extended seven times, the last time in April. The state of emergency has granted Erdoğan and his government extraordinary powers. Under it, the government has pressed ahead with many controversial decrees that have the force of law and are not required to be approved by Parliament. In line with these decrees, more than 150,000 people have been purged from state bodies on coup charges.

Securing the support of 52.6 percent of the vote, Erdoğan was re-elected as president of Turkey on Sunday for a five-year term. One of his campaign pledges was to lift the state of emergency.