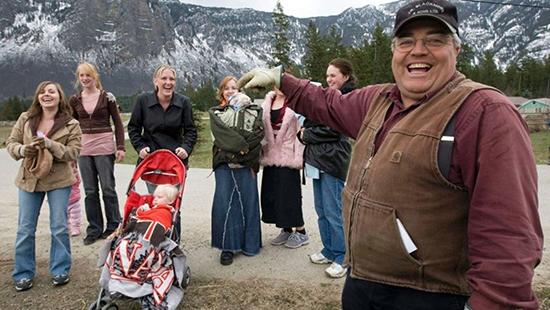 Two leaders of a fundamentalist Mormon sect who between them have 29 wives and 160 children were sentenced to house arrest on Tuesday after being convicted of polygamy.

Blackmore’s six-month conditional sentence, to be served under house arrest, allows him to go to work and deal with medical emergencies. Oler’s term is three months of house arrest. Both face 12 months of probation. Blackmore was also ordered to perform 150 hours of community service work, while Oler must do 75 hours.

British Columbia Supreme Court Justice Sheri Ann Donegan said while both men were hard-working and otherwise law-abiding, a discharge by the court would have not been appropriate, given the gravity of their offenses. Some of the men’s wives, for example, were as young as 15 when they were married.

“He’s made it clear that no sentence will deter him from practicing his faith,” the judge said of Blackmore. “The concept of remorse is foreign to him in this context.”

Blackmore has defended polygamy to reporters in the past but had trouble naming all of his wives in court, even forgetting one of their names, AFP reported.

“I’m guilty of living my religion and that’s all I’m saying today because I’ve never denied that,” Blackmore told reporters last year after his conviction.

The two men have been leaders in the Fundamentalist Church of Jesus Christ of Latter-day Saints, a Mormon sect that believes in plural marriage. They have both been part of the small community of Bountiful, a mountainous region in southeastern British Columbia.

Dozens of Blackmore’s supporters were in court and were upset when the sentence was read.

Blackmore’s lawyer had asked the judge to consider all possible sentences in the case, including an absolute discharge. The maximum sentence for polygamy under the region’s criminal code is five years in prison.

Kathleen Joyce is a breaking/trending news producer for FoxNews.com.