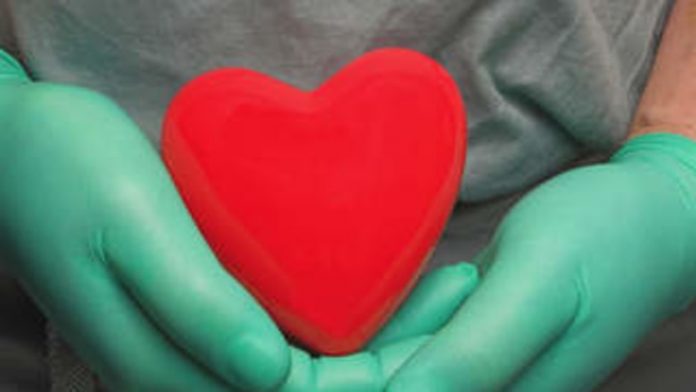 This spring, when every tree in sight seemed to be shedding pollen all at once, I developed a nagging itchy throat with frequent spasms of coughing that made it difficult to talk or walk. I attributed the problem to allergies even though I’d never had such a reaction before.

But when I got worse instead of better after taking antihistamines and after days of rain had presumably cleansed the air, I began to wonder if I had something more serious — maybe walking pneumonia or possibly even throat cancer from years of drinking hot coffee through a straw.

Though I tried to dismiss such sleep-disrupting thoughts, anxiety about my health loomed until the cough finally abated, then disappeared. But the incident hinted at what it must be like to have chronic health anxiety — a problem long called hypochondriasis, in which people are convinced they have a serious undiagnosed illness despite repeated medical reassurances that they do not.

The current psychiatric diagnostic manual has abandoned hypochondria as a disorder, replacing it in 2013 with two new concepts: somatic symptom disorder and illness anxiety disorder.

Dr. Jeffrey P. Staab, a specialist in psychosomatic and behavioral medicine at the Mayo Clinic in Rochester, Minnesota, said it took two decades of research to come up with the new concepts, which eliminate the focus on medically unexplained symptoms. Instead, the new diagnoses put a focus on undue attention to bodily symptoms and excessive health concerns, which, when properly explained, can be very reassuring to patients.

“Health anxiety and body vigilance are much more understandable to patients when they realise they can have these things despite what their doctor finds,” he said in an online report to health professionals. “We found it much easier to engage patients if we identified what the problem was instead of what it was not.”

In patients with somatic symptom disorder, chronic symptoms result in excessive concern, fear and distress that something is seriously the matter, prompting them to seek repeated exams that rarely relieve their fears despite negative findings. In fact, negative test results can increase patients’ fears that their problems will never be correctly identified and treated.

As many as five percent of patients visiting doctors’ offices believe they have a serious, undiagnosed medical illness when none can be found. The persistent anxiety itself becomes a debilitating illness. Such patients are likely to insist that the medical care they received was inadequate. Even their doctors may wonder if they might have overlooked something that could explain the patient’s symptoms.

Patients with illness anxiety disorder may, or may not, have a real medical condition, but they experience exaggerated bodily sensations, like sweating or a rapid heart beat, that can result in extreme anxiety about the possibility they have a serious underlying illness. They constantly check their bodies for signs of illness and devote undue time and energy obsessively seeking an explanation for what might be wrong. Every cough is pneumonia, every chest pain a heart attack, every headache a possible brain cancer or incipient stroke.

With their near-constant focus on symptoms and their conviction that something is seriously wrong with them, people with these disorders can be challenging to have as friends or family members.

In yet another form of health-related anxiety, there are people who believe their health is constantly threatened by dangerous germs that lurk everywhere, from bathroom air to airplane arm rests to kitchen countertops. Often called germaphobes, they may wear face masks in public, wash their hands dozens of times a day, and spray every surface with a sanitiser before they touch it.

However, an excessive focus on “safety behaviours,” experts noted in the British Journal of Psychiatry, can actually make the problem worse by keeping a person’s attention focused on a dreaded potential health disaster.

In fact, health anxiety can start a vicious cycle; health-related fears can be exaggerated by physical symptoms that develop as a result of anxiety about being sick or getting sick. Anxiety itself can cause a rapid heart rate, chest pain, nausea and sweating that patients then misinterpret as a sign of physical illness.

Although there is no one cause of undue health anxiety, experts say it can run in families. Those with a close relative with the problem are more likely to develop it as well. Sometimes it is a residual effect of a serious health problem earlier in life that causes an undue fear of becoming ill again.

Psychiatrists have long thought some sort of trauma, tragedy or conflict years earlier was the main driver of health-anxious fears and behaviours, Staab said, “and if we can’t find it, and the patient can’t find it, it can become a speculative wild goose chase for trauma. Now we can identify these symptoms in a positive way and can help patients modify them.”

The new approach to diagnosis enables doctors to use shorter and more effective ways to treat the problem without “digging around in the past,” he said. As with other anxiety disorders, cognitive behavioural therapy is now the most recommended treatment method. Often used by psychologists as well as psychiatrists, CBT, as it is commonly called, helps patients recognise the beliefs and feelings that feed the problem and then adopt more wholesome thought patterns and behaviours.

CBT breaks down unrealistic or unhelpful thoughts and encourages patients to replace them with more rational ideas. They can then learn to cope more realistically with anxiety-provoking situations. The therapy has been shown to remain effective in reducing symptoms of health anxiety for at least a year, and if needed its benefit can be reinforced by a brief refresher.

Doctors, too, can benefit from the new approach to diagnosing health anxiety, Staab believes. “When we couldn’t find the cause of certain symptoms, there was always the fear that we simply hadn’t searched long enough or hard enough,” he said. “Now we can acknowledge that a patient’s preoccupation with physical symptoms is higher than normal whether there is a diagnosis or not.”