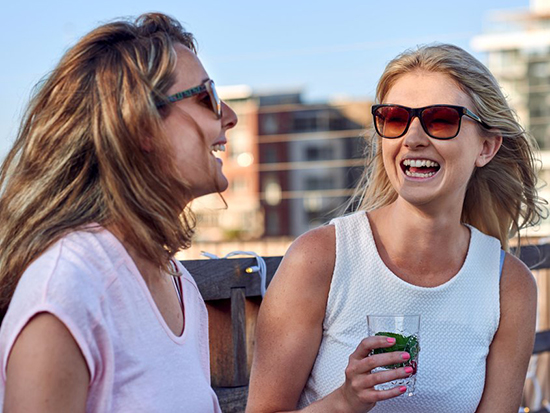 How many exclamation points do you need to seem genuinely enthusiastic?

But, on the internet, it often doesn’t. Not anymore. Digital communication is undergoing exclamation-point inflation. When single exclamation points adorn every sentence in a business email, it takes two to convey true enthusiasm. Or three. Or four. Or more.

I noticed this in my own social circles recently. Multiple exclamation points were popping up in mundane places, not attached to hyperbole or any kind of frenzied emotion. A simple work email might yield a “Sounds good!!!” I find myself doing it, too.

“All of these quirks of social media—that would include exclamation points, and all caps, and repetition of letters, those are the three main ones that show enthusiasm—people use more of them,” says Deborah Tannen, a professor of linguistics at Georgetown University.

This sort of inflation is a natural linguistic phenomenon that regularly happens to words, like how awesome was once reserved for that which truly struck awe into a quavering heart and is now scarcely more than a verbal thumbs up. But this time it’s happening to punctuation.

It wasn’t so long ago that a single exclamation point still felt extreme. One grammar guide from 2005 says the exclamation point “indicates extreme pain, fear, astonishment, anger, disgust, or yelling.” At journalism school, I was told that you get one exclamation point to use in your entire career, so you should use it wisely. You could, perhaps, spend your one exclamation point on a headline like “WAR OVER!” but nothing less would merit one. (I’m sure I’ve already spent beyond my means, don’t email me.) The writer Elmore Leonard had a similar rule for fiction: “You are allowed no more than two or three per 100,000 words of prose,” he once wrote, though he apparently didn’t abide by that.

There was never any shortage of exclamation points online, nor a shortage of curmudgeons to bemoan their ubiquity. But there were some who welcomed our enthusiastic new punctuation overlords. David Shipley and Will Schwalbe, in their 2007 email etiquette guide Send, were particularly prescient. “The exclamation point is a lazy but effective way to combat email’s essential lack of tone,” they wrote. So long as email failed to convey affect, they predicted, “we will continue to sprinkle exclamation points liberally throughout our emails.”

They were right. Eventually, most people seemed to stop resisting their rise. In 2012, a Boston Globe columnist found himself giving in to the pressure. “I could feel the shame creeping into my fingertips the first few times I started adding this faux emphasis to pleasantries,” he wrote. “Now there is no turning back.”

Indeed, there is not. And it’s because somewhere along the line, the meaning of the mark itself shifted.

Much like awesome once served a greater purpose, the exclamation point has been downgraded from a shout of alarm or intensity to a symbol that indicates politeness and friendliness. As Shipley and Schwalbe put it in their guide: “Exclamation points can instantly infuse electronic communication with human warmth.” And that’s what we use them for now.

“The single exclamation mark is being used not as an intensity marker, but as a sincerity marker,” says Gretchen McCulloch, a linguist who studies online communication. “If I end an email with ‘Thanks!,’ I’m not shouting or being particularly enthusiastic; I’m just trying to convey that I’m sincerely thankful, and I’m saying it with a bit of a social smile.”

The pressure to use exclamation points can sometimes feel stifling—a trap Tannen calls “enthusiasm constraint.” The belts on this particular straitjacket are tighter for women, as many studies have shown; exclamation points can be a sort of emotional labor women have to perform to be liked, especially in the workplace. But since so much communication now occurs in text form, with no tone, body language, or facial expressions adorning it, it makes sense that we’ve found another way to smooth interactions. And it seems this meaning of the exclamation point has stabilized, and is intuitively understood by most internet users.