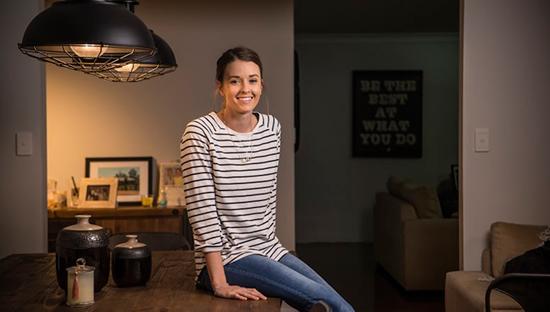 Kahlia Holroyd, a 25-year-old primary school teacher, loves children. But watching her older brother struggle with the debilitating effects of mitochondrial disease has made her question whether she should ever have her own babies.

But no longer. A Senate committee has carved a path for the Federal Government to move towards legalising the “three parent” IVF technique that would prevent babies being born with mitochondrial disease, a genetic disorder that robs the body’s cells of energy, causing organ dysfunction and death.

Ms Holroyd was 17 when her “fit and healthy” brother Matthew had a stroke and she learnt mitochondrial disease ran in the family. Seven years and 14 strokes later, he is losing his hearing, vision, memory and ability to walk.

“I want three or four babies, but knowing it’s the women in the family who carry and pass on the genetic mutations, it’s been difficult,” Ms Holroyd, who’s getting married in September, said. “I want to give the best health to our children and mitochondrial donation would allow me to give the greatest gift ever.”

Australia is on track to become the second country in the world, after the UK, to legalise mitochondrial donation, the proper name of the IVF technique that replaces the mother’s faulty DNA (or 0.1 per cent of the egg’s genetic material) with healthy donor material.

About 20 children born in Australia each week are at risk of developing a mild form of mitochondrial disease, while one child born each week will develop a severe or life-threatening form of it, according to the Australian Mitochondrial Disease Foundation (AMDF).

“Evidence suggests that mitochondrial donation is a form of genetic modification that was not envisioned at the time that anti-cloning laws were enacted in Australia,” the report reads.

“As such, these laws prevent mitochondrial donation from being researched and used in clinical practice. Science has moved significantly faster than legislation.”

The committee examined the ethical concerns, as the technique “necessitates the destruction of embryos and interferes with dignity of natural conception”, and acknowledged “foundational questions remain to be answered”.

“The committee clearly recognises that the UK’s strict regulatory system for mitochondrial donation provides a sound basis for Australia, with only minor changes likely to be required to reflect our local context.”

“Most children diagnosed with mitochondrial disease die in the first five years of life as we have no really effective treatments,” he said.

“For most genetic disorders we can at least offer reproductive options to enable couples to have a healthy child in subsequent pregnancies. That is much more complicated for mitochondrial DNA disease, hence the development of mitochondrial donation.”

“One of the risks is associated with the ‘carryover’ of some mutated mitochondrial DNA as the technology is performed,” he said.

“Another risk relates to identifying suitable ‘matched’ donor eggs, as we need to understand how eggs from a different genetic background affect the outcome.”

Ms Holroyd, from Londonderry, said she was “over the moon” with the report as it gave her hope that one day she can have babies without fear of them being born with the debilitating disease.

“It’s fantastic. The biggest thing we want for our children is a healthy life,” she said.

Esther Han is a health reporter at The Sydney Morning Herald. She has previously been consumer affairs editor and also covered food and wine.