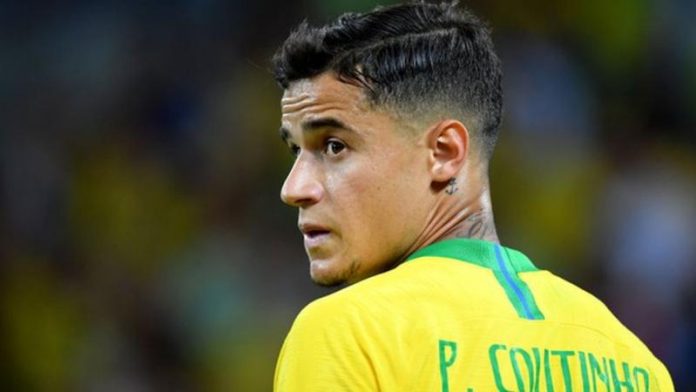 Brazil avoided a shock result that had earlier seen Germany knocked out of the World Cup by defeating Serbia to finish top of Group E and book a last-16 tie against Mexico.

They did so with the sort of occasionally dazzling performance that suggests they are growing into a tournament that they are one of the favourites to win, as they put behind them their slow start in Russia.

Paulinho had deservedly put Brazil in front with a deft finish after a brilliant run from deep saw him convert Philippe Coutinho’s through ball in the first half.

Tite’s team had to protect a slender lead for a shaky 15-minute period at the start of the second half as Serbia went all out for the win they then needed.

But Aleksandar Mitrovic found an opposition defender when he should have scored and saw another header saved by the unconvincing Alisson.

And once Thiago Silva extended Brazil’s advantage with an unmarked header from a corner, Tite’s side regained a measure of composure and went close to a third on numerous occasions.

Serbia may feel aggrieved the second was not ruled out by VAR for a push on Mitrovic by Miranda as the corner came in but they were outplayed overall.

The result ended their hopes of qualifying from the group stage for the first time, while Brazil now head to Samara, where their last-16 tie will take place on Monday, as group winners having topped Group E over Switzerland on goal difference.

Brazil moving through the gears

Tite’s side were heavily criticised after their laboured display against Switzerland and their unconvincing performance against Costa Rica, which required two injury-time goals to claim a much-needed win for the five-times champions.

In Moscow on Wednesday they were sluggish in parts and had lost control of midfield after the restart to such an extent that Tite brought on Manchester City’s Fernandinho for goalscorer Paulinho.

But Brazil have been solid defensively under Tite, conceding just five goals in 21 games going into the tournament, and despite riding their luck a little at 1-0 they undoubtedly deserved their three points.

Neymar and Coutinho both sent team-mates clean through with sumptuous throughballs and the Brazilians created numerous good chances.

Gabriel Jesus and Neymar were both denied by Stojkovic after being played clean through – the Serb keeper making a series of fine saves against the Paris St-Germain forward, with a one-handed stop late on the pick of the bunch.

Jesus, Neymar and Coutinho were a constant menace as Brazil broke with dizzying speed and there were undoubted signs Brazil are starting to move through the gears as the tournament now moves into the knockout phase.

It was a far from a perfect evening for one of the pre-tournament favourites as influential left-back Marcelo limped off early in the opening half.

But Neymar’s demeanour after the final whistle – smiling happily and waving to all sections of the crowd – reflected the change of mood within the Brazil camp.

Bullish Serbia no match for Brazil

Serbia were in bullish mood before the game with coach Mladen Krstajic saying “nothing is impossible” and striker Mitrovic asking “why wouldn’t we beat Brazil?”

And after a first half when they never really laid a glove on their illustrious opponents, they went all out after the restart.

Mitrovic scored the goals that helped Fulham win promotion to the Premier League last season, but he was found wanting when Serbia – roared on by their passionate support – crafted a series of openings.

Heading the ball straight at Brazil defender Miranda after Alisson had flapped horribly at a cross was probably the moment of the match for Serbia, with the chance coming during a period of sustained second-half pressure.

Mitrovic also saw a header saved by Alisson, but after Brazil scored their second, and with Switzerland leading against Costa Rica in the other Group E tie, it was game over.

Serbia exit the competition as they did in 2010 – at the group stage. But their failure to qualify is probably less about their result against Brazil than what happened in their previous game against Switzerland when they let a 1-0 lead slip to a damaging 2-1 defeat.

‘You have to be alive’ – what they said

Serbia coach Mladen Krstajic: “You have to be alive for 90 minutes or else you’ll be punished. It’s difficult to play such an open game against a powerhouse of football like Brazil.

“We need to up our game, elevate the quality to a higher level, improve what is good and eliminate the weaknesses.

Man of the match – Philippe Coutinho

Thirteen qualifications in a row – the key stats