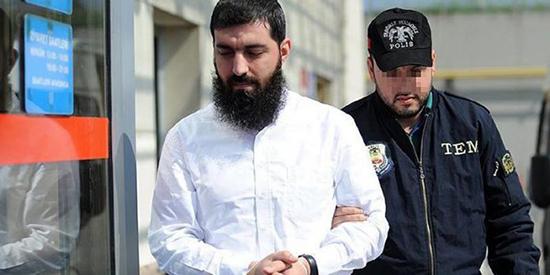 Halis Bayancuk, code-named Abu Hanzala, has been sentenced by a Sakarya court to 12 years, six months in prison on charges of masterminding Islamic State of Iraq and the Levant (ISIL) activities in Turkey, the Hürriyet Daily News reported on Thursday.

A one year, six month sentence for disseminating terrorist propaganda was suspended.

The court said Bayancuk and the other defendants were acquitted of attempting to destroy the constitutional order, citing a lack of credible evidence.

In his plea at the final hearing, Bayancuk denied the charge of serving as the Turkey commander of ISIL.

“The claims depend on police and intelligence reports. We have been trying to prove the non-existence of something that does not exist. We only said we ate a meal in the place in Sakarya where law enforcement officers and the prosecutor insist that organizational activities were held,” he said.

“I will continue to say democracy is shirk [the sin of practicing idolatry or polytheism according to Islam]. Stay away from democracy, it takes people to hellfire,” Bayancuk added.

One of the seven other defendants, İsmail Helvacıoğlu, was sentenced to seven years, six months in prison for membership in an armed terrorist organization, while the others were sentenced to six years, three months.

Abu Hanzala was detained on May 30, 2017 in Istanbul and arrested by the court in Sakarya on June 17.

He had previously been detained and arrested several times in Turkey. In 2015 he and his wife were arrested after police raided their home and seized a number of ISIL-linked documents, both digital and non-digital. He was released in March 2016.

He was once again detained in March 2017 after threatening the staff of the Istanbul Governor’s Office via an online video broadcast after a meeting he had planned to attend was canceled by the authorities.

Bayancuk had also been arrested in 2011 and 2014 for membership in al-Qaeda and was released both times after spending a couple of months in jail.

Previous footage showed him threatening Turkish authorities in a speech during a picnic in Istanbul’s Ömerli district.