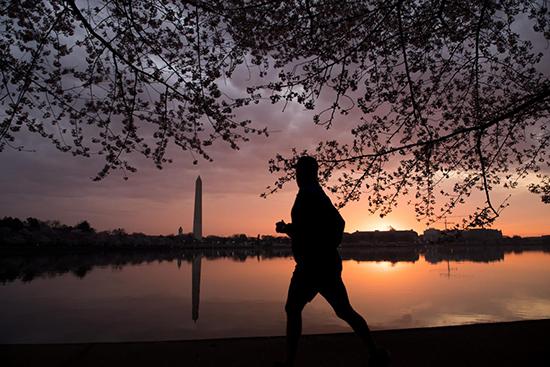 Chances are, in any given friend group of adults in the United States, most of them aren’t getting the amount of exercise they should be, according to a new study from the Centers for Disease Control.

The study examined the aerobic and muscle-strengthening exercise adults between the ages of 18 and 64 did during the time period from 2010 through 2015. The data used was pooled from the National Health Review Survey, said the report. Across all 50 states and Washington, D.C., the researchers found that just 22.9 percent of adults in the age group that was studied actually did the recommended amount of exercise over the six-year period.

The CDC was able to break down data by sex and by whether or not the adults were working. The study specifically looked at what percentage of people in these groups met the guidelines for aerobic and muscle-strengthening exercise set by the federal government.

While 22.9 percent of adults total met both requirements through leisure-time physical activity, those numbers varied from one sex to another. According to the study, more than 27 percent of men met both guidelines through leisure activity, while 18.7 percent of women met both through such activity, which doesn’t include any physical activity demanded by work. The percentage of people who met just one of the requirements was 32.4 percent. Working adults participated in more exercise overall than non-working adults.

The National Health Interview Survey has been continuously conducted for more than 60 years since it was established in 1957. The questionnaire used was revised in 1997 to make the data more reliable and to make the information collected more important, according to the CDC.

The redesigned questionnaire consists of core questions and supplements. The core questions focus on home, family, sample adult and sample child and those questions change very little from year to year. The supplements are changed each year and are adjusted to address timely health questions where more data is needed, said the CDC.

Interviews for the NHIS are conducted by an interviewer who does an in-home interview with participants. The information is self-reported, which offers some challenges when it comes to using the data. During the 2010 to 2015 period used for the CDC study, more than 150,000 of the respondents participated and were between the ages of 18 and 64 years old.