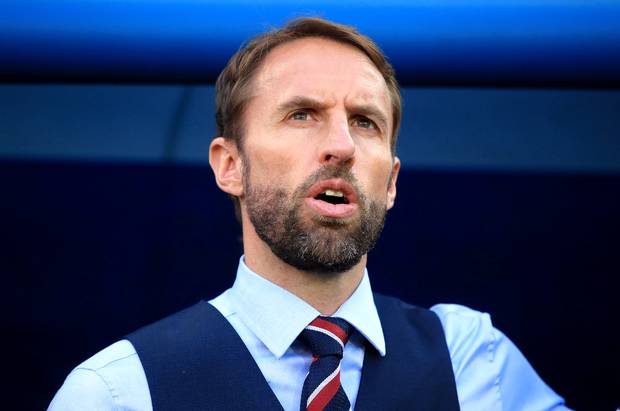 England manager Gareth Southgate admitted the the build-up to his side’s game against Belgium was ‘strange’, as he was content to finish second in Group G and set-up a last-16 clash against Colombia next Tuesday.

Adnan Januzaj’s fine goal in Kaliningrad secured a 1-0 win Roberto Martinez’s Belgium, with their group stage win earning them a last-16 game against Japan on Monday.

Yet Southgate’s refusal to throw World Cup leading scorer Kane into the fray when his side were trailing in the final stages suggested he was content secure second place in Group G and what appears to be a more comfortable path to the latter stages of the competition.

“Harry was brilliant about it,” said Southgate, as he was asked about the absence of Kane.

“His priority, like ours, is the team and he recognised what we were trying to do. If we played Harry Kane for 50 minutes tonight, and he takes a whack, we would have been foolish. He is a world class striker and we want him to be ready for Colombia.

“None of us know if this side of the draw is advantageous or not. What we have to do is prepare for a thrilling knockout game. Our objective was to qualify from the group and we have done that.

“It was a strange game to prepare for. Our key objective was to get the players who haven’t been playing, some game time, so that they have not gone more than three weeks without a match, before the next round.

“We want to win football matches and we also know the big game is the knockout tie to come, so it was difficult to balance all of those. We created some very good chances and I don’t think we conceded the game in any way. We have also learned things tactically that might be important for us.

“Everybody is in the frame to play in the next game and it was important these payers were given time on the pitch to press their case. Anybody that plays against Colombia will know they are match ready. We are still a work in progress but that’s not a bad thing at this stage.”

Southgate made eight changes for his side’s final group game and Brady was heavily critical of the midfield trio of Eric Dier, Fabian Delph and Ruben Loftus-Cheek.

“They haven’t got a bench,” stated Brady. “The lads coming in demonstrated to me that if he [Southgate] wants to change things, if he’s up against things as the competition goes on, he’s not going to be able to count on the likes of Fabian Delph, Loftus-Cheek.

“Up front yes they’ll have Rashford, they have Vardy, who are very, very good, and that’s why I thought they had a better team out tonight than Belgium, but the midfield players were really really poor.

“Loftus-Cheek again, his control is not good enough. Dier as I said was very, very negative.

“You’ve got Rashford and Vardy up front, they need service but they couldn’t get anything tonight because of the lack of technical ability from those three lads.”