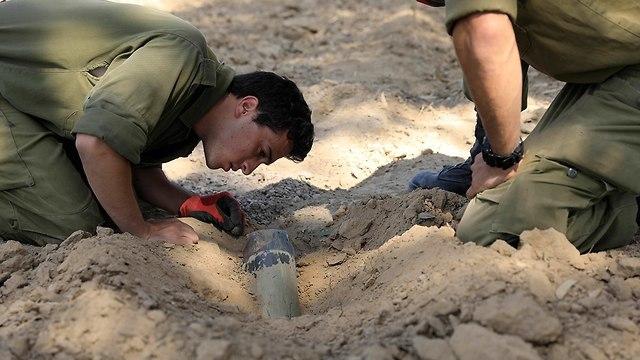 Analysis: The strong deterrence achieved by the IDF following Operation Protective Edge lasted three years and 10 months. In the past two months, Hamas has been calling the shots on the ground. The terror organization is both making and fulfilling threats—and Israel is being dragged into a situation it isn’t interested in.

Exactly one week before the fourth anniversary of Operation Protective Edge, it seems pretty clear that Hamas has succeeded in reversing the equation vis-à-vis Israel—not just in its statements but also in its actions.

The strong deterrence achieved by Israel following Operation Protective Edge lasted three years and 10 months. In the past two months, Hamas has been calling the shots on the ground. The terror organization is both making threats and making good on them—and Israel is being dragged into a situation it isn’t interested in.

A week ago, after the IDF attacked kite terror targets, Hamas announced a new equation under which “fire will be met with fire,” and responded with a rocket barrage into Israel. Israel said it won’t allow such an equation and promised a harsh response, which never arrived of course.

And so Hamas keeps testing Israel’s patience, dispatching incendiary kites that have consumed thousands of dunams of land in the Gaza vicinity area, and attempting to infiltrate Israel through the border fence.

On Tuesday night, when the IDF responded to the kite terrorism in a super minor way, Hamas gained the upper hand again.

What happened Tuesday night? The IDF struck an empty vehicle belonging to a member of the kite-launching unit, intentionally avoiding hurting anyone. Hamas responded by firing 13 mortar shells across the Gaza vicinity area in a measured and organized manner.

The result was that Hamas proved that it stands by its words and maintains a price tag of responding to every Israeli attack.

Let there be no doubt about it: This marks a considerable change in the equation we have been used to in recent years. In the past, the IDF knew how to handle Hamas’ violations of the calm.

The political echelon, like the IDF, has adopted a problematic PR policy indicating that Israel isn’t interested in a conflict in Gaza. Having internalized that, Hamas is responding accordingly by implementing the equation of “a bombing for a bombing.”

If this declarative—and practical—policy doesn’t change, Israel will find itself being dragged into a conflict in Gaza under less convenient conditions, without the element of surprise and the strategic blow it dealt Hamas at the start of Operations Cast Lead and Pillar of Defense.